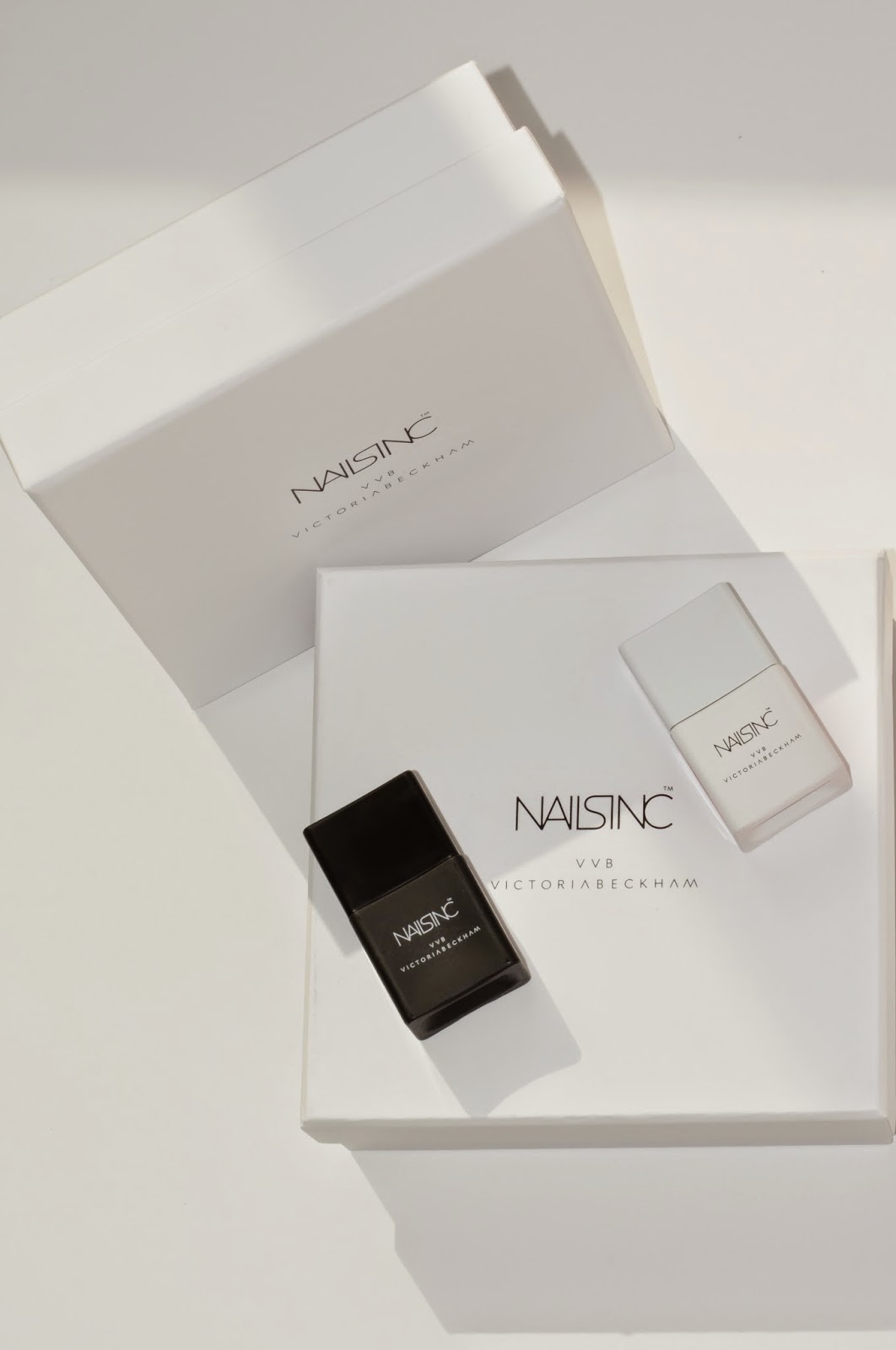 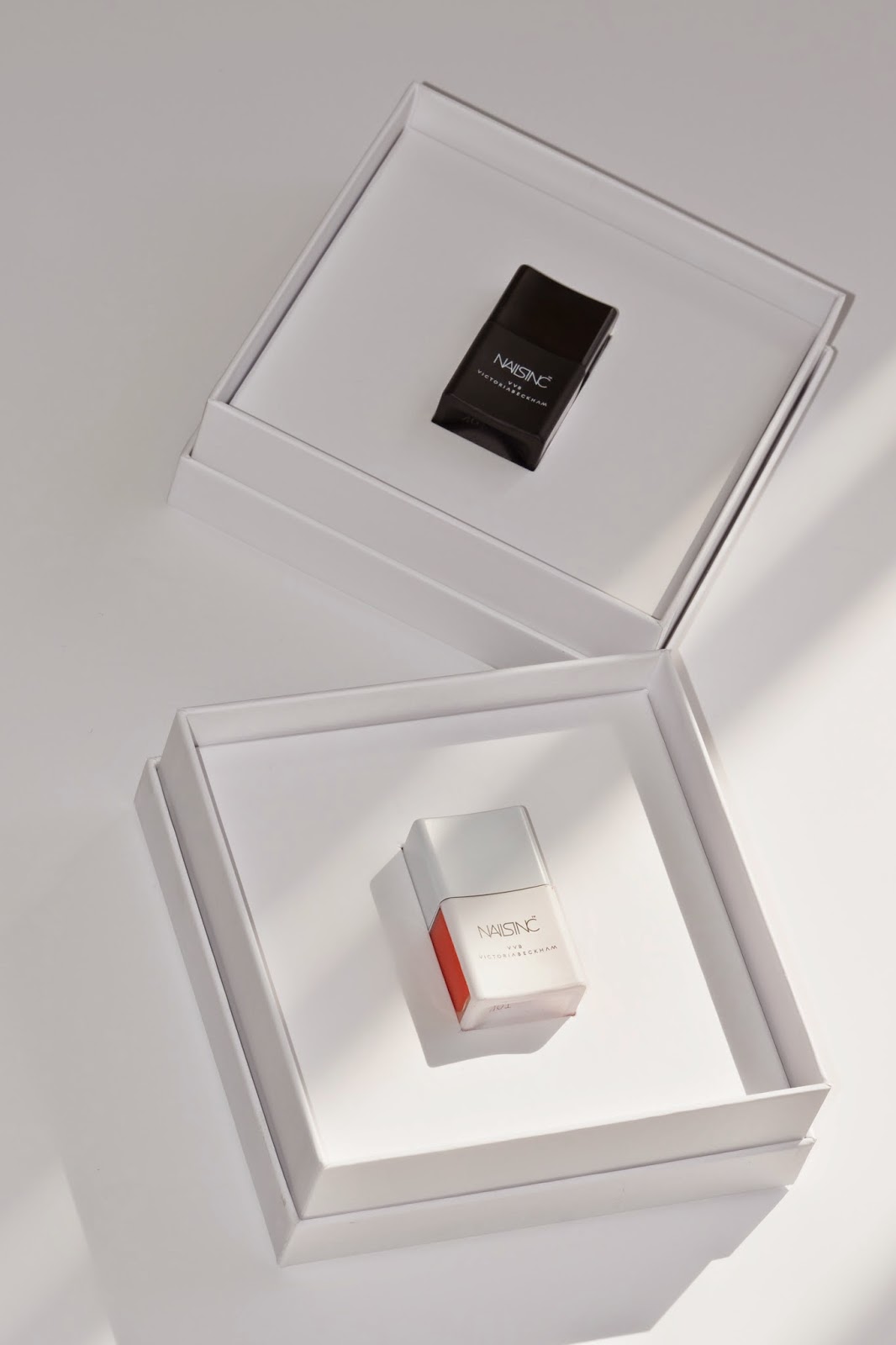 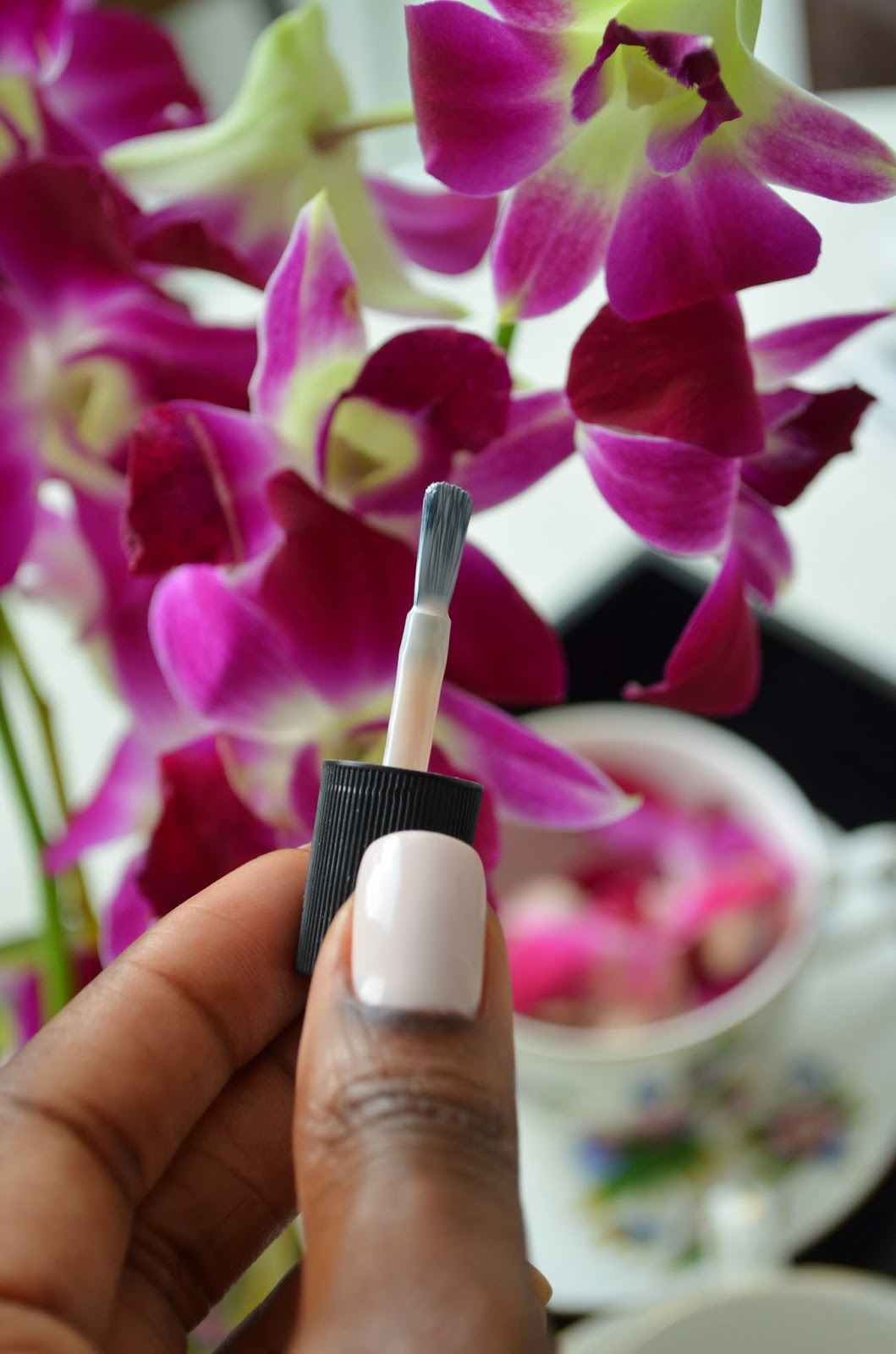 Judo Red and Bamboo White are the two colors that were part of the collaboration between Nails Inc. and your favorite Spice Girl/fashion award winner/business mogul/mother- Victoria Beckham. The colors were reportedly inspired by her Japanese influenced Spring/Summer 2015 collection. I took a chance when I bought these because I couldn”t find any swatches online. I got both of them from Net-A-Porter here.  Judo Red is still available at Sephora here.

I was pretty sure I was going to like Judo Red. It is described as an orangey- red which is right up my alley. Bamboo White though which is described as a nude was a different story. I think it’s safe to say that one woman’s nude is another woman’s “why does it look like I’m wearing muddy water on my nails?”  Especially if that other woman is darker hued. So I crossed my fingers, added my purchases to the cart and hoped for the best.

From the minute I opened the delivery I was pleased. I have a weak spot for nice packaging and I love the boxes the polishes came in. I”m sure some of you nifty DIY folks could probably figure out how to grow a bamboo plant in one of them. I think I’ll just store those spare buttons you get when you buy a shirt in mine. The square rectangle (Geometry was a long time ago)  bottles themselves were also nicely done. A matte black for Bamboo White and a white for Judo Red. They have a nice weight to them and the polish is only visible from the clear glass sides.

Judo Red was just as fabulous as I thought it was going to be. It’s a creamy, bold orangey-red that will definitely get you noticed. I liked this color on me and so did a lot of the people I ran into the week I wore it. It was opaque in one coat but I always use two coats for a thicker finish. The formula applied easily and it lasted until I took it off to change the color a week later.

It turned out I had nothing to worry about with Bamboo White. No muddy water issues, and it had the same great formula as Judo Red. With one coat there was still some visible nail line with this one which was gone by the second coat. I haven’t worn this one for a full week yet but I will keep you posted.

The colors are not particularly unique but for what they are- a classic red/orange and nude cream polish that would flatter a multitude of skin tones, they are excellent. I think this is Mrs. Beckham’s first foray into beauty products. Judo Red and Bamboo White are reportedly limited edition offerings. I would love to see more from her because I think these were really well done.

Let me know if you’ve tried these and/or what you think about them.