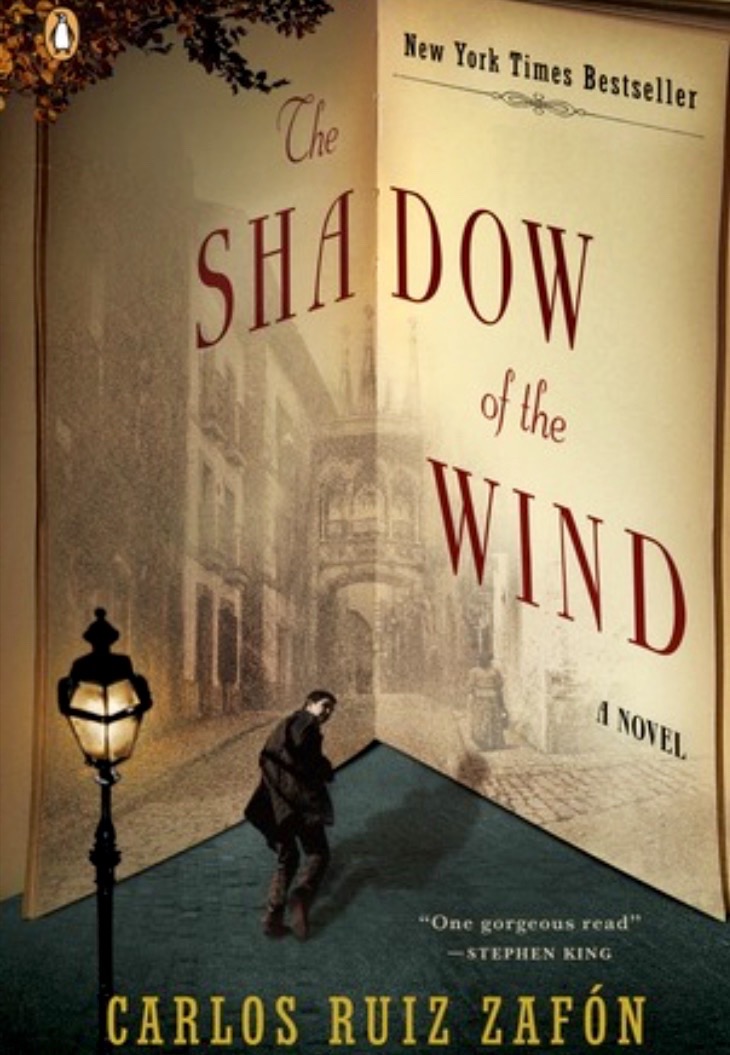 “Julián spoke about all that as if it didn’t matter to him, as if it were part of a past he had left behind, but these things are never forgotten. The words with which a child’s heart is poisoned, through malice or through ignorance, remain branded in his memory, and sooner or later they will burn his soul.”  pg. 167

This was a good book! I was up into the wee hours of the morning pouring through it. I laughed, I yelled, and I almost cried. You can imagine how pleased I was to find out it was party of a trilogy.

But, first things first. The Shadow of the Wind is a 487 page novel set in 1950s post World War II Barcelona. The book jacket tells you that ten year old Daniel whose father owns a bookstore, discovers a rare novel that he reads and loves. His fascination with the book and his desire to learn more about the mysterious author turns into an epic adventure. It’s essentially a story within a story about a book which sucks the reader in from the very first pages as you try to decipher if art is imitating life, or life imitating art. Carlos Ruiz Zafón writes beautifully. The Shadow of the Wind was originally written in Spanish so kudos are due to the translator Lucia Graves as well. This was a library read for me and I took pictures of so many pages with phrases that I loved that I decided to buy the book before I was even finished reading it.

I found this quote from the author online where he reportedly described the novel as, “A story of love, of hatred, of the dreams that live in the shadow of the wind.”

I say this one hit all the feels. And oh yeah, don’t start it if you have to get up early for work the next morning. As always, if you’ve read it I’d love to hear your thoughts.

One last sad note. The city of Barcelona is very much a character in The Shadow of the Wind. While reading it I couldn’t help but think of the time I spent in that great city (here &  here). My prayers go out to all those affected by the recent tragedy there.