﻿﻿﻿﻿﻿﻿ Paris was someplace I always wanted to visit. At one point and time I thought it wold be cool to live there so I started taking French lessons. I never became fluent and I changed my mind about moving there, but still longed to visit. When I did I was not disappointed. I thought it was a beautiful city that was easy to get around. I took the photo above with my cell phone on my first day there. It was September, slightly overcast, and the camera in my phone had no flash, which is why I think the picture came out gray and shadowy. I LOVE this picture. When I see it I think about how excited, hopeful and nervous I was on that first day.

I have a thing for cool cemeteries﻿﻿. I  had no plans to go to any cemeteries while in Paris but this was in my guide book (http://www.amazon.com/Rick-Steves-Paris-2011/dp/1598806610) as a cool somewhat off the beaten path thing to do. The grounds were magnificent. I spent hours just meandering, taking pictures, reading the different gravestones and observing the locals eating lunch and hanging out there. While I never found Jim Morrision’s grave Pere Lachaise turned out to be one of the surprise highlights of my trip. 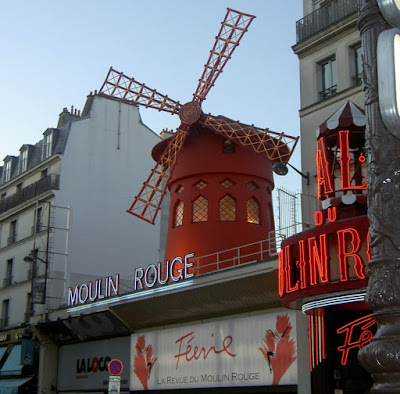 The concierge in the hotel where I stayed was awesome. He spoke seven languages and was always available to help with directions or suggestions on restaurants. It was a smaller hotel a little ways outside of the city but very clean, quiet, comfortable and close to a metro line. I was meeting a friend in Pigalle one day and needed to confirm how to get there. I will always remember his face during our exchange that day. He knew it was my first time in Paris. It was hilarious.

Him:  Your going there? Do you know what goes on there???

Him:  That is the red light district

Me:   Really. Don’t worry we only have window shopping money