Santorini is actually made up of five islands formed from volcanic eruptions. The volcanoes are why the sand on the islands is black.  The main island-Thira is where the pictures below were taken.  In addition to being one of the most beautiful places in the world, Santorini is renowned for its white wine, cherry tomatoes and white eggplant( who knew??).

Another surprising tidbit from our tour guide was that despite being surrounded by the Aegean Sea in every direction, there is no fresh water on the island. Their fresh water is imported from neighboring Crete and Naxos. There are also two desalination plants on the island.

If jewelry is your thing Sanotrini(Thira) is for you. The tour guide apologized to the men in the group in advance.  I had a co-worker tell me when I got back that her husband lost her while she tried on jewelry at one of the many boutiques on the island. He said he looked for her for two hours. She told me it felt like it had only been ten minutes.  Having been there I can see how easy it would be to lose track of time as you explore all of the shiny, glittering wares for sale in the store fronts that line that steep winding streets on either side.

My humble suggestions are to wear comfortable shoes, and have a firm spending budget 🙂 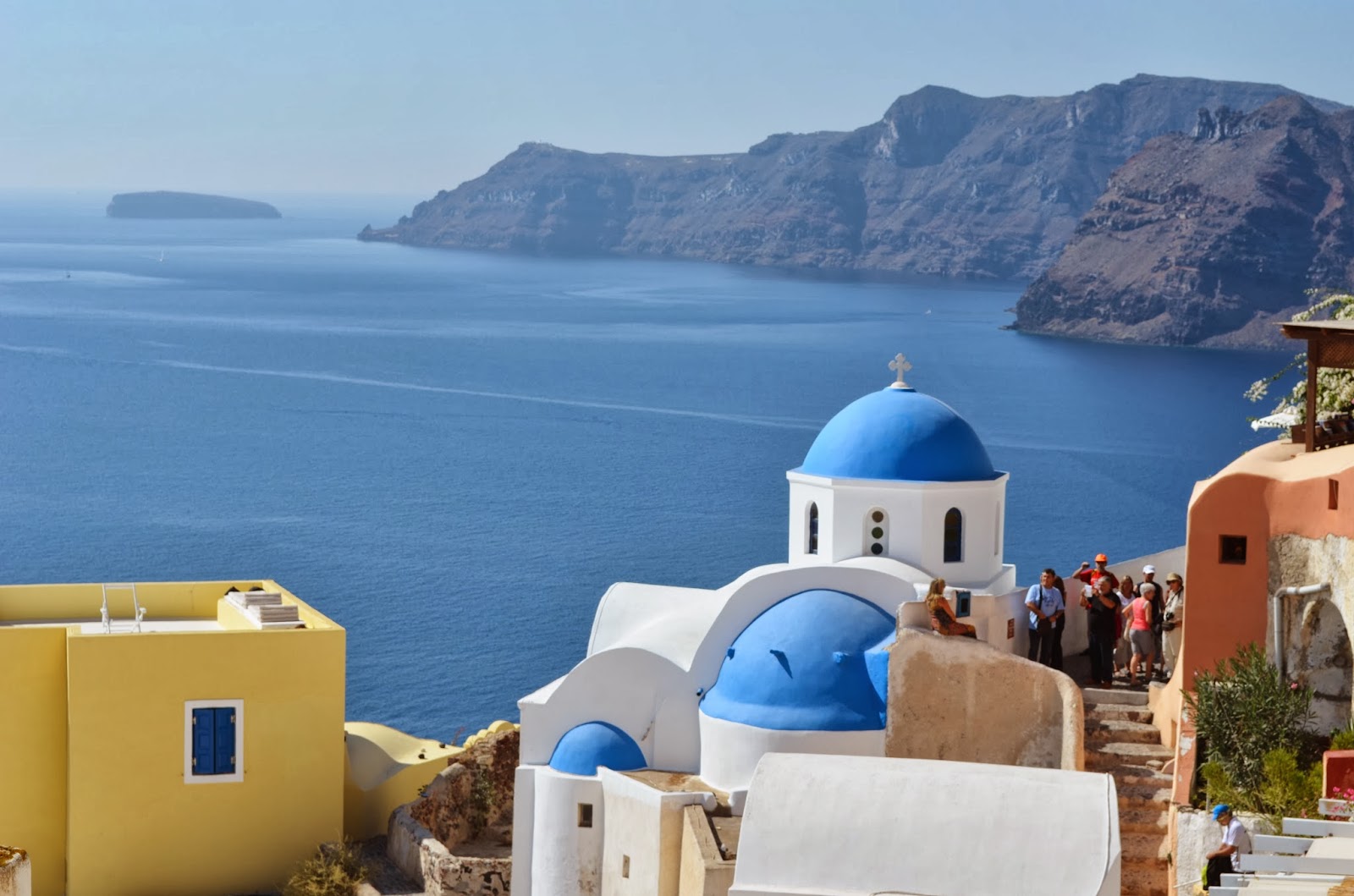 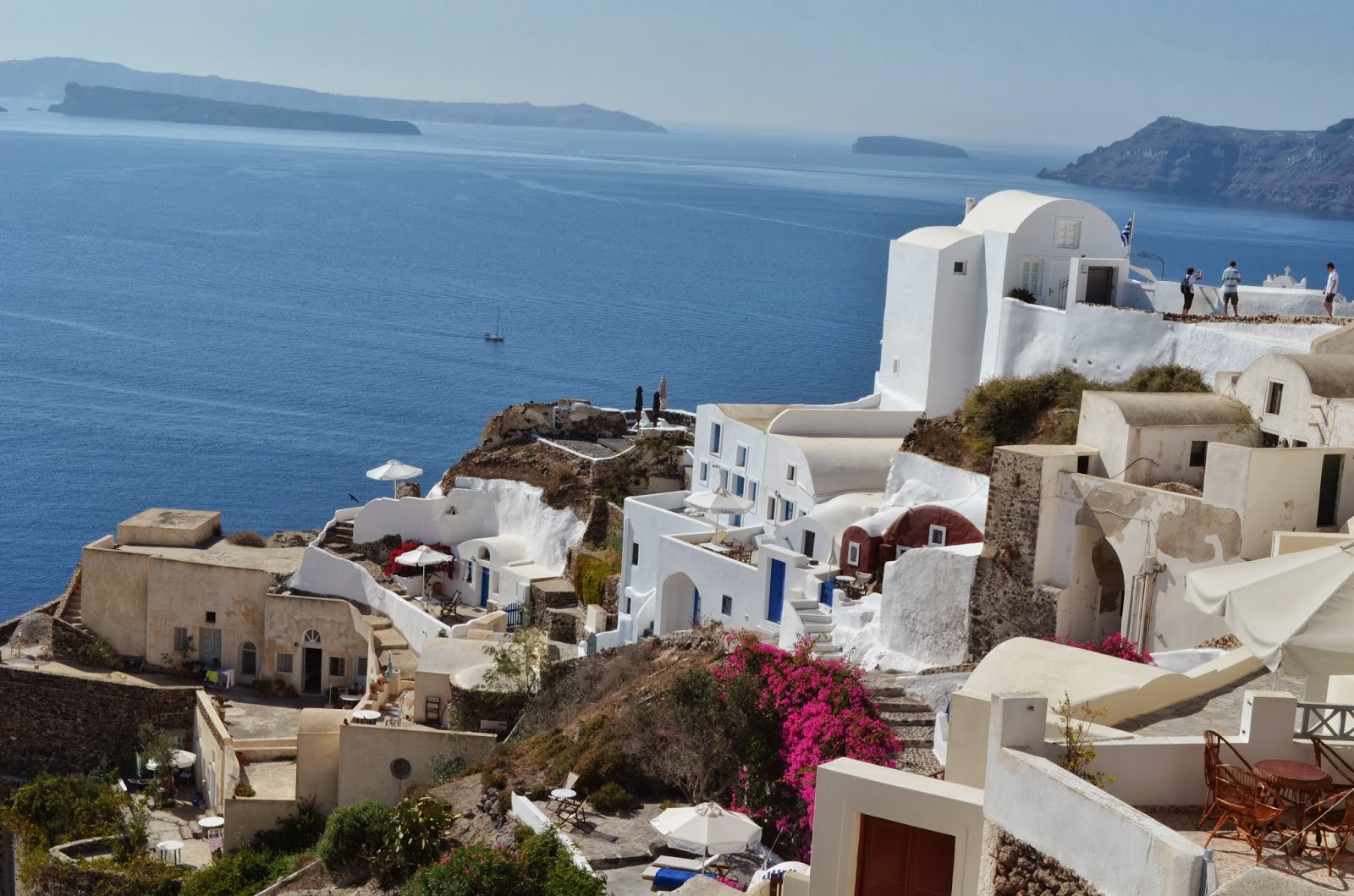 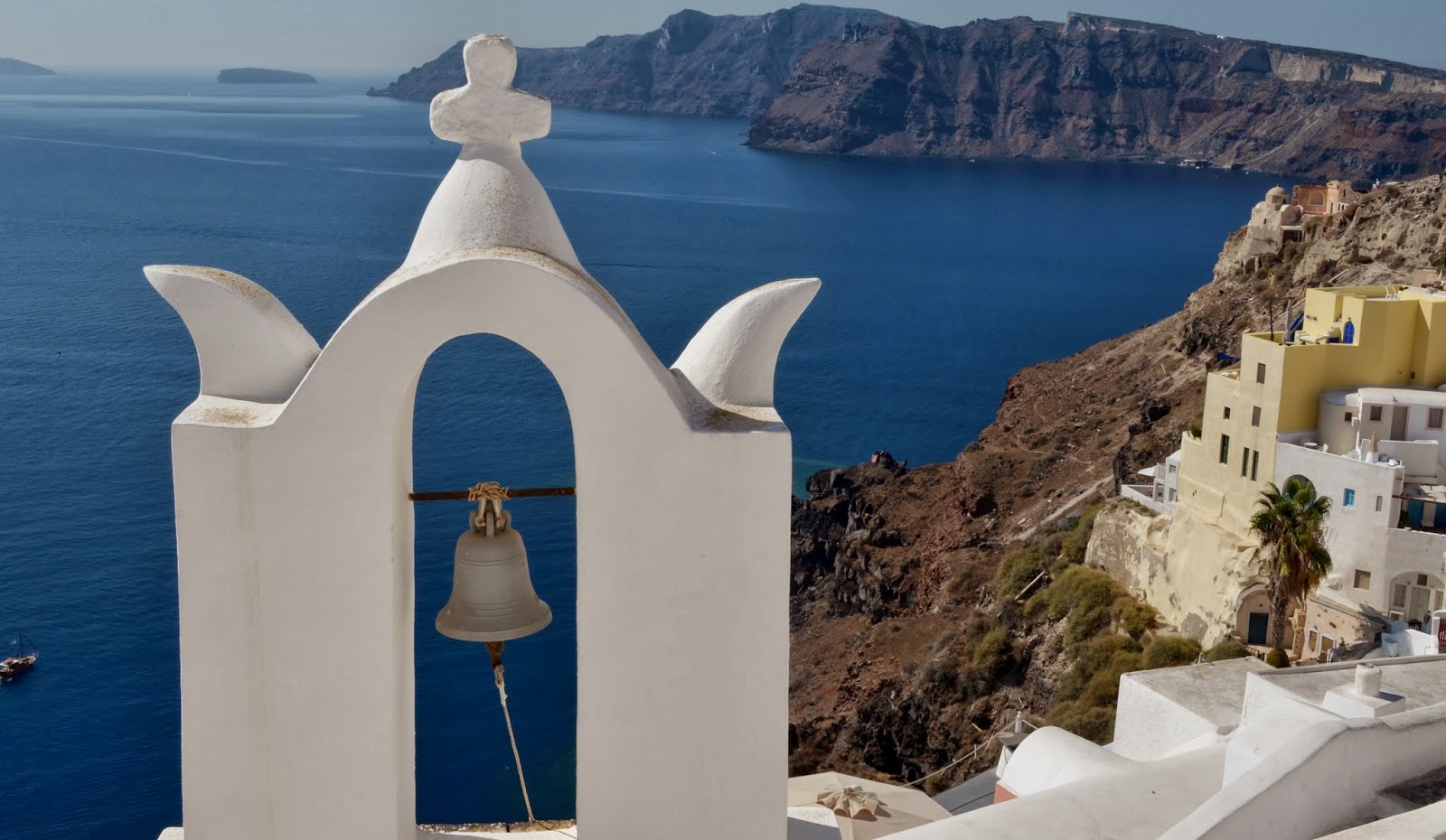 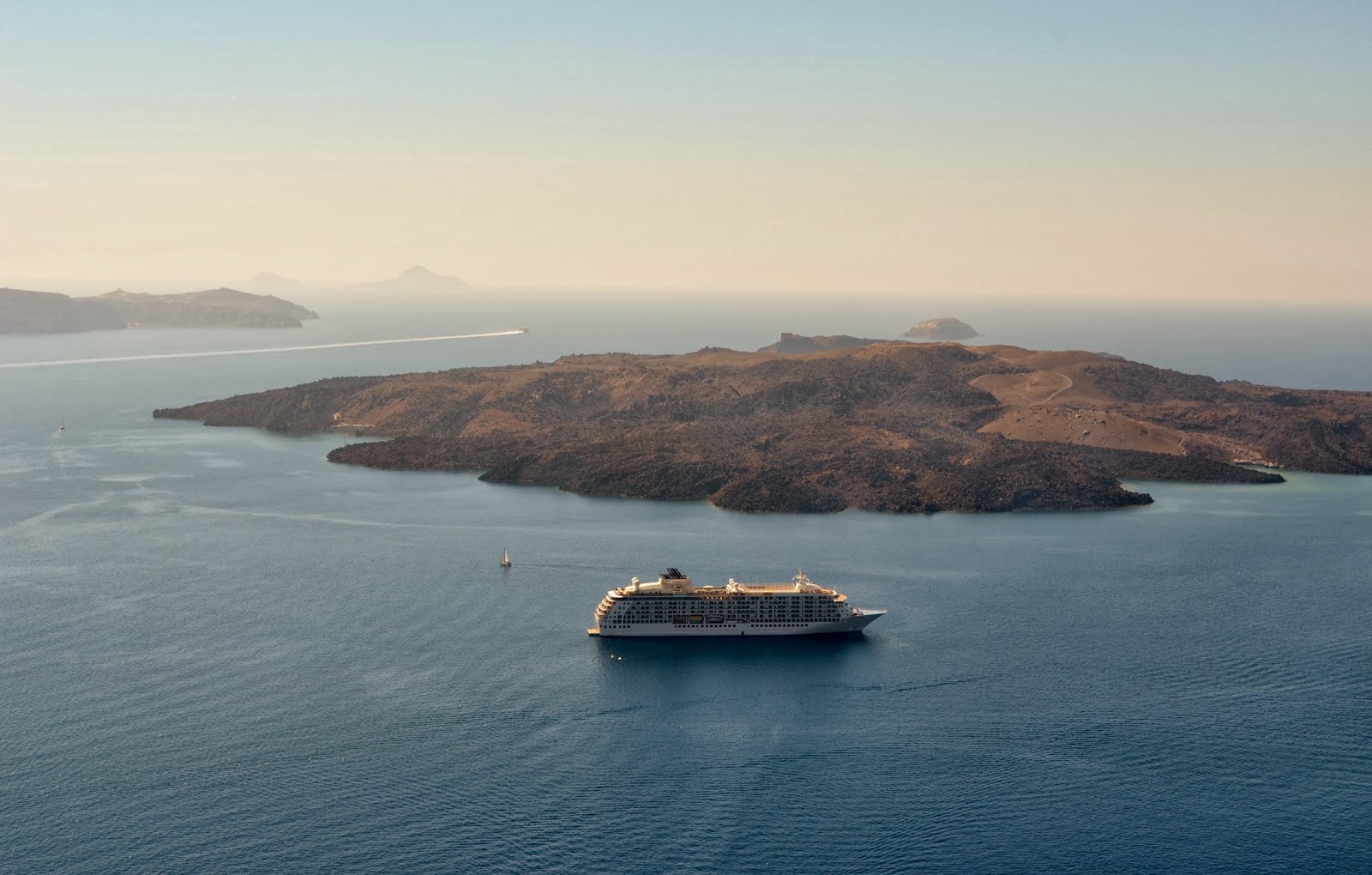