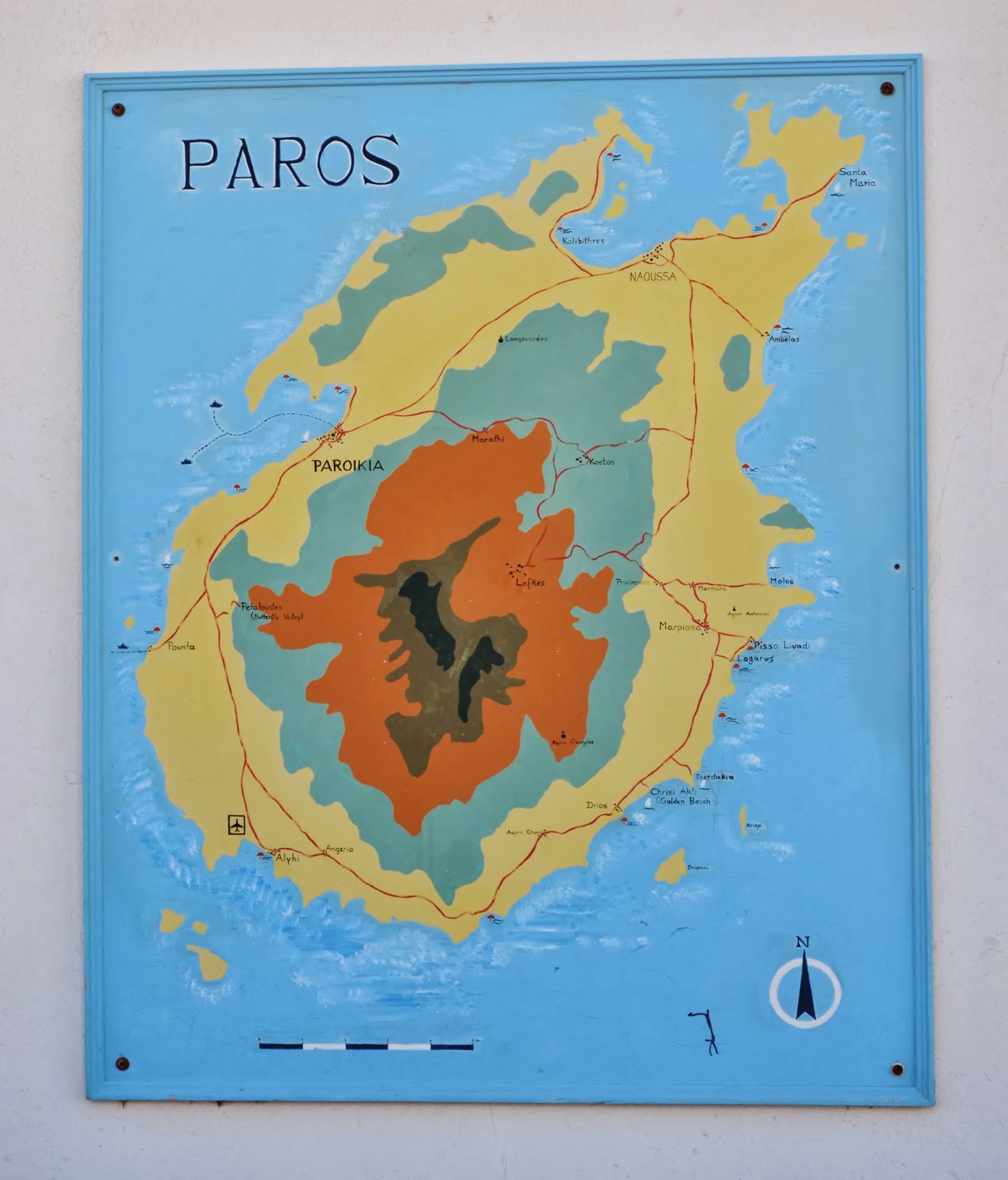 A four hour ferry ride from Athens will get you to the Greek island of Paros. Paros was by far my favorite out of all of the places I visited in Greece.  I loved the laid back vibe, the friendly people and the beautiful winding streets with their white washed buildings.

I spent days there just wandering aimlessly and taking pictures, much to the amusement of the old men gathered around the local watering holes. I could tell they were talking about me, and my guess is they were saying something like, “nehh nehh that one again with the camera, day, night how many times is she going to take a picture of the sea.” When I tell you I have hundreds of pictures, I mean I have hundreds of pictures.

We could be here until next year 🙂

I won’t do that you though. I’ll give you the cliff notes version of the island instead.

We’ll start with the villa where I stayed above.  The owners picked me up at the dock when my boat came in from Athens, and during check in I was presented with this amazing homemade combination of yogurt and oranges from their orchard. Now mind you I’m not a big fan of yogurt. At home I suffer through it because I know it’s good for me, but I am here to tell you that you have not had yogurt until you’ve had it in Greece.( Chobani, Oikos, Dannon, all of them need to stop playing, because what they are masquerading as “Greek” yogurt is a lie. I will never be able to go back, because when you know better you do better.)  If that wasn’t enough, in my room I was greeted by fresh olives, tomatoes and wine all grown and made on site.

About a five minute walk from the villas is the beach, Parasporos above.  I think that picture can do it more justice than my words could.  I took it early in the morning on one of my first days on the island. It turned out to be the photo I loved the most out of all of the hundreds I took.  Every time I look at it I remember how peaceful and beautiful that morning was. 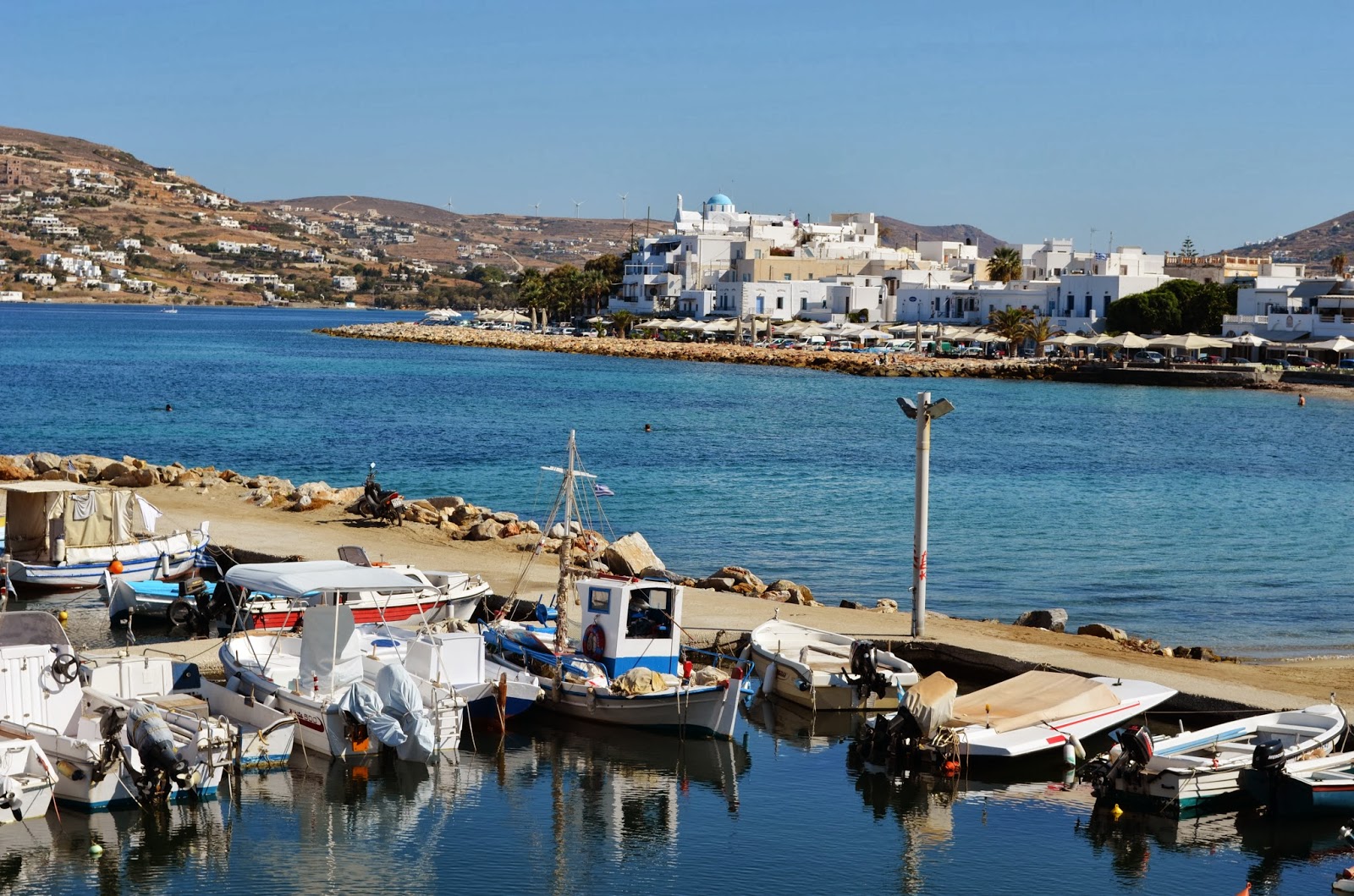 Next up ten minutes away by car we have the main town of Paroikia with its boats and sea side restaurants. Every where on the island you saw people taking a break from the sun by taking a dip in any body of water that was near by. Sometimes with bathing suits, and sometimes not…. 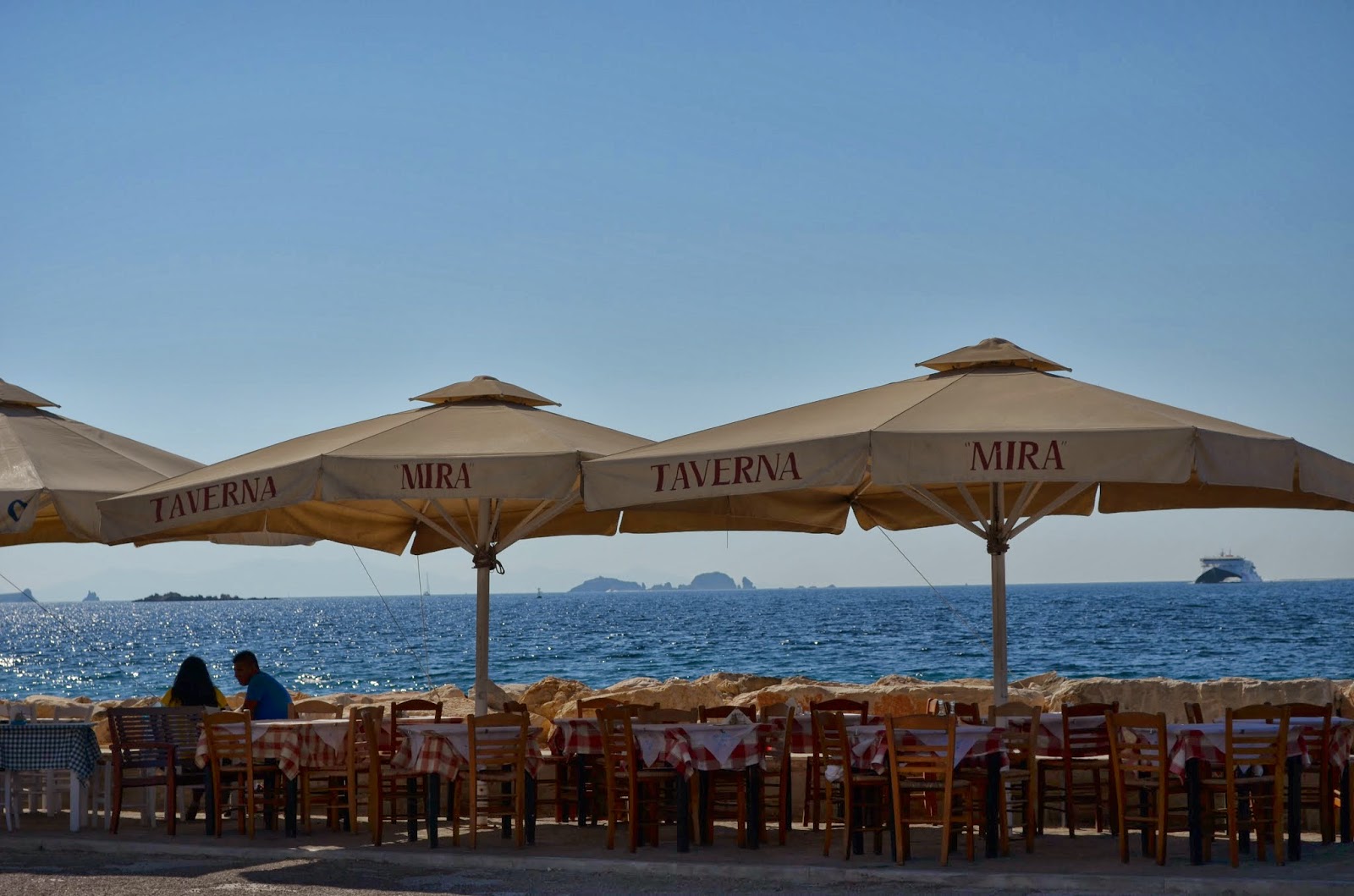 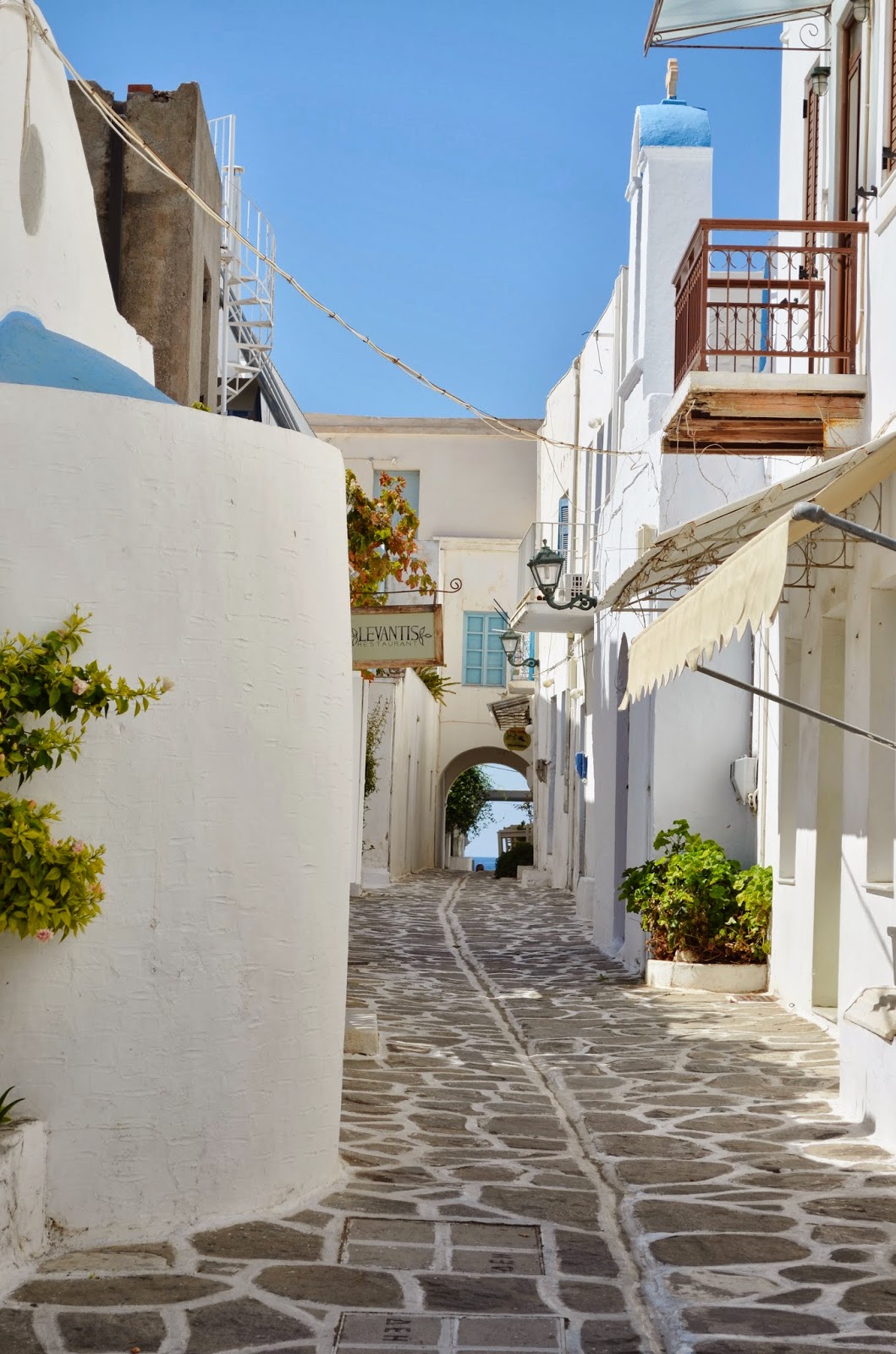 After a nice lunch it’s time to get lost wandering those beautiful winding grey and white streets, 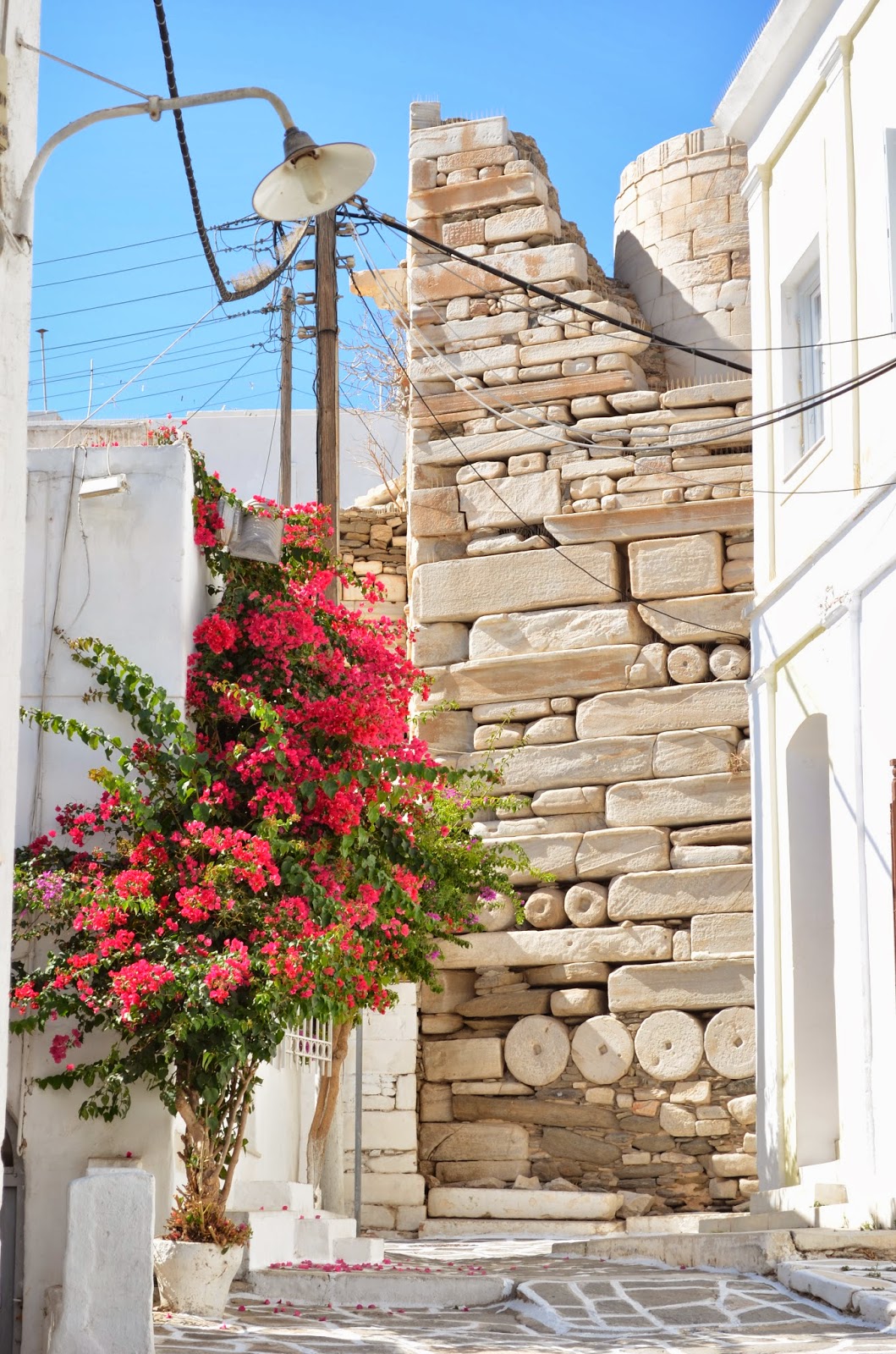 where you could end up running into a castle, 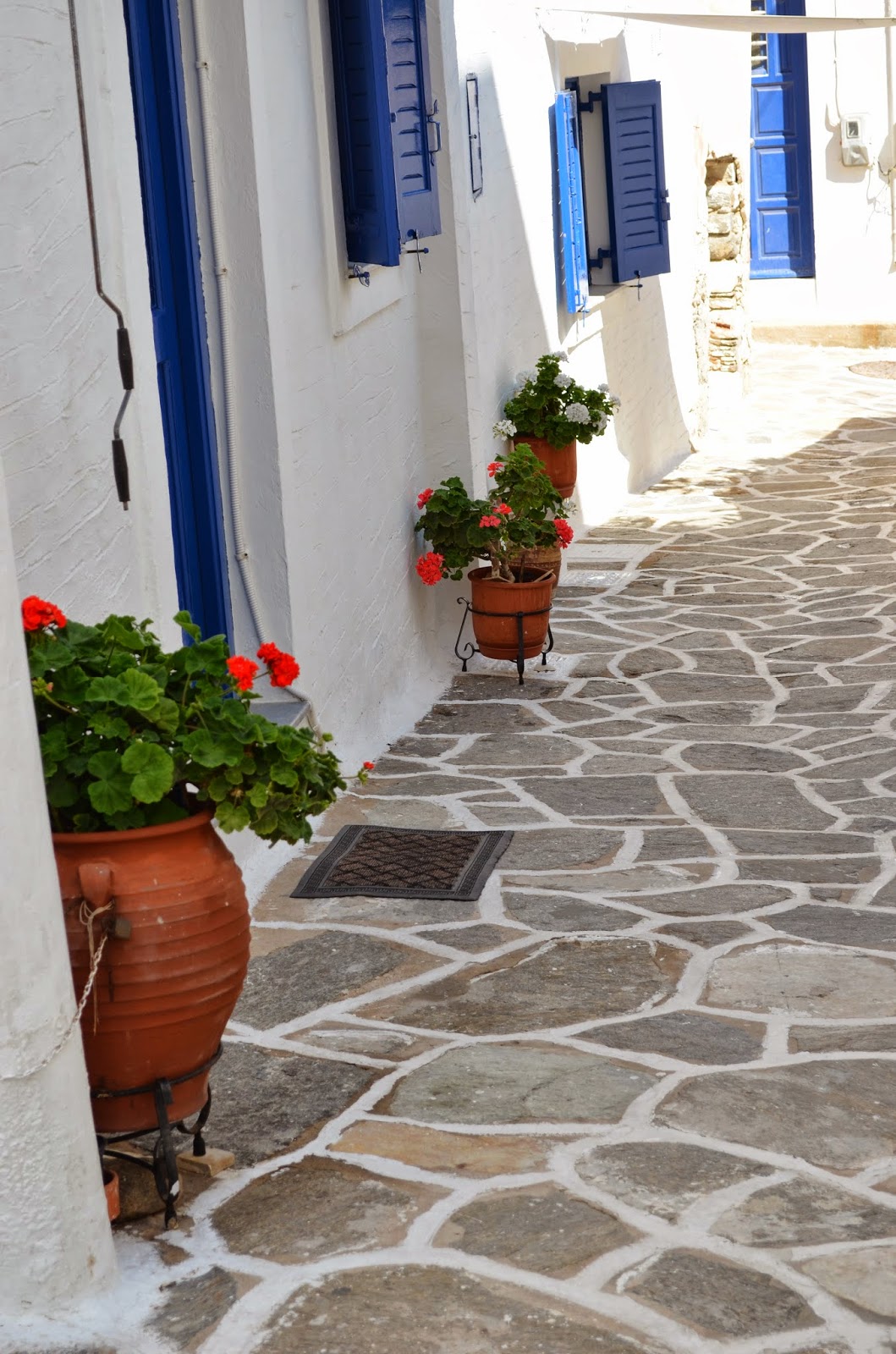 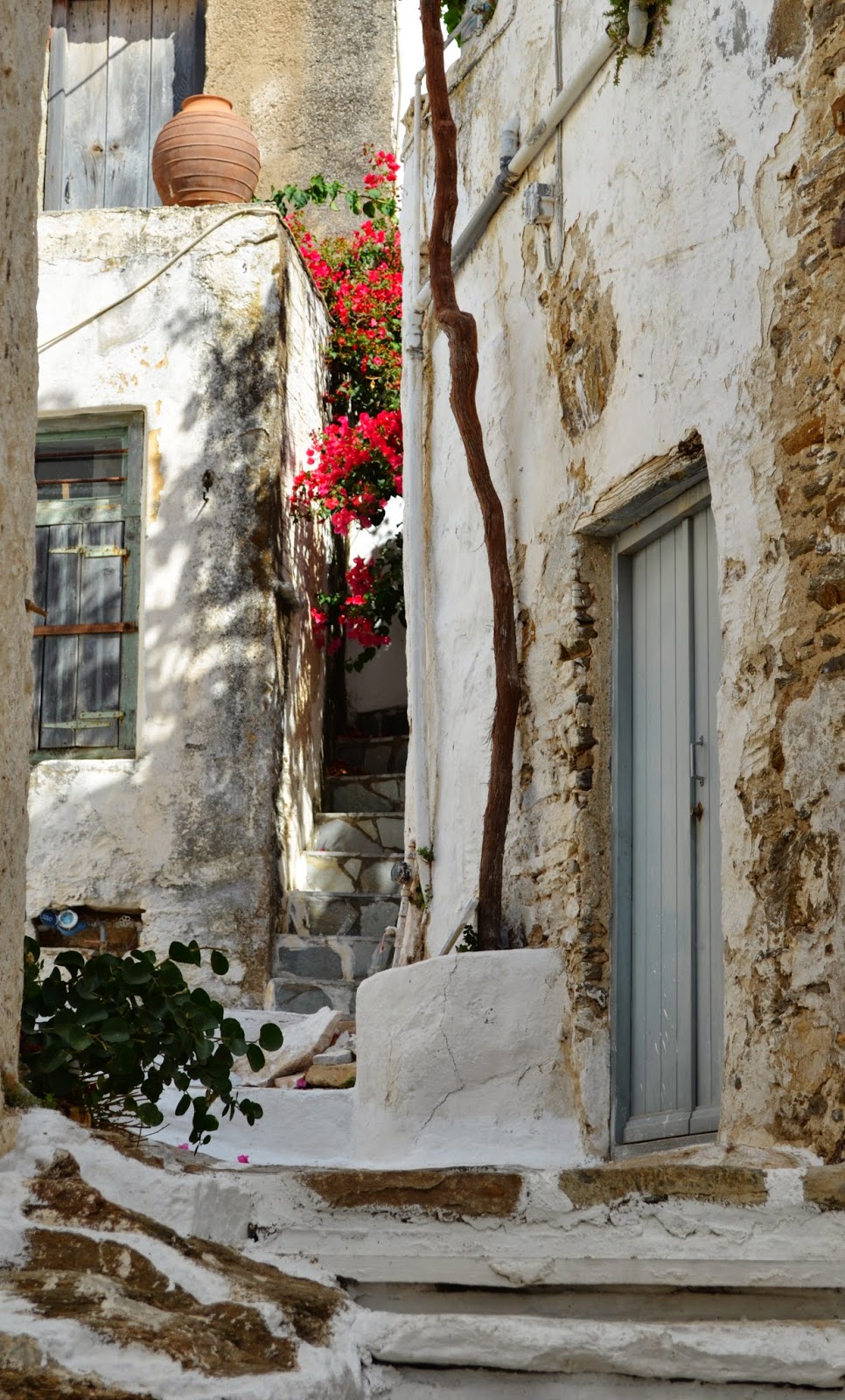 or some lovely homes where you can hear and smell the residents enjoying their lunch, 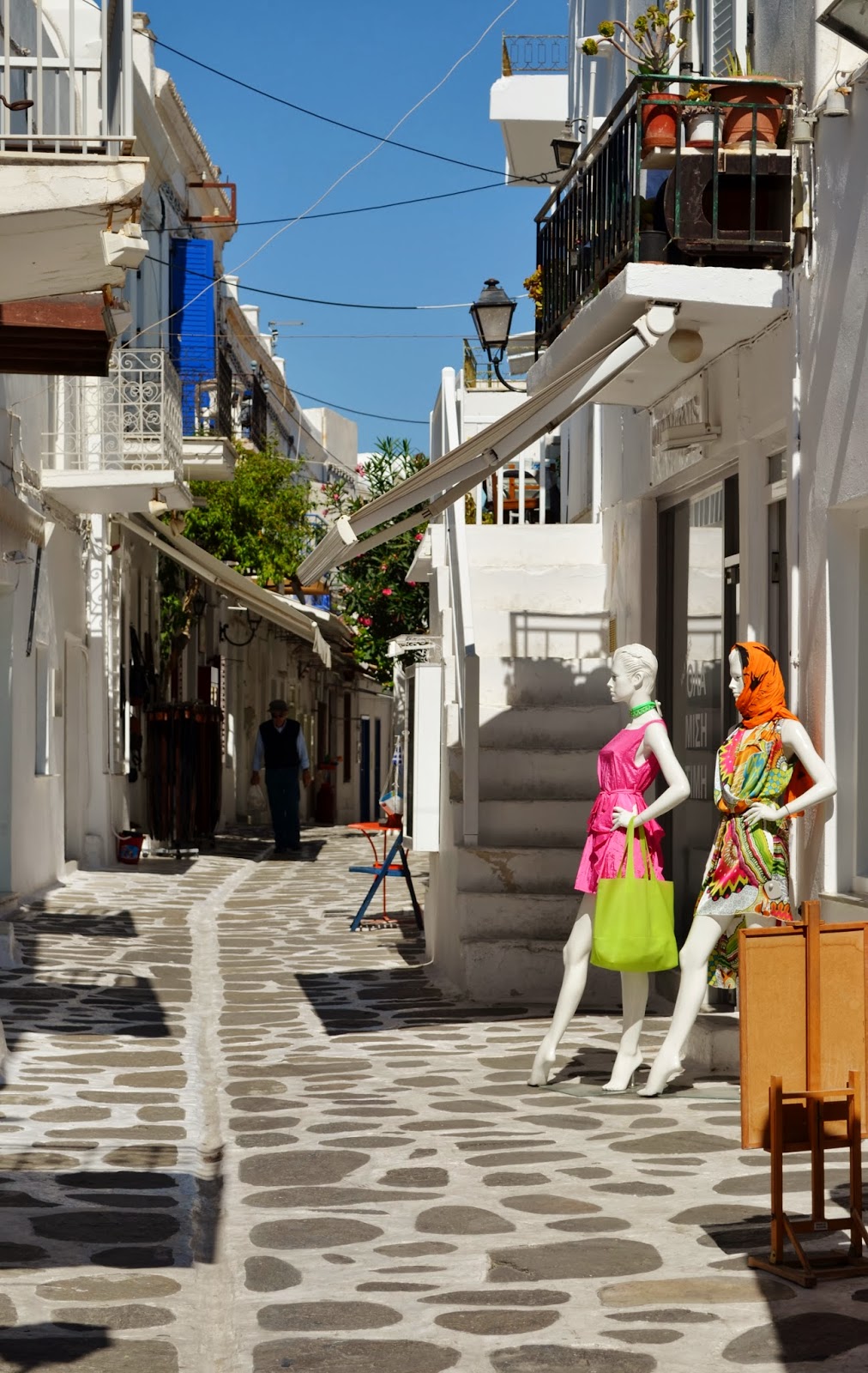 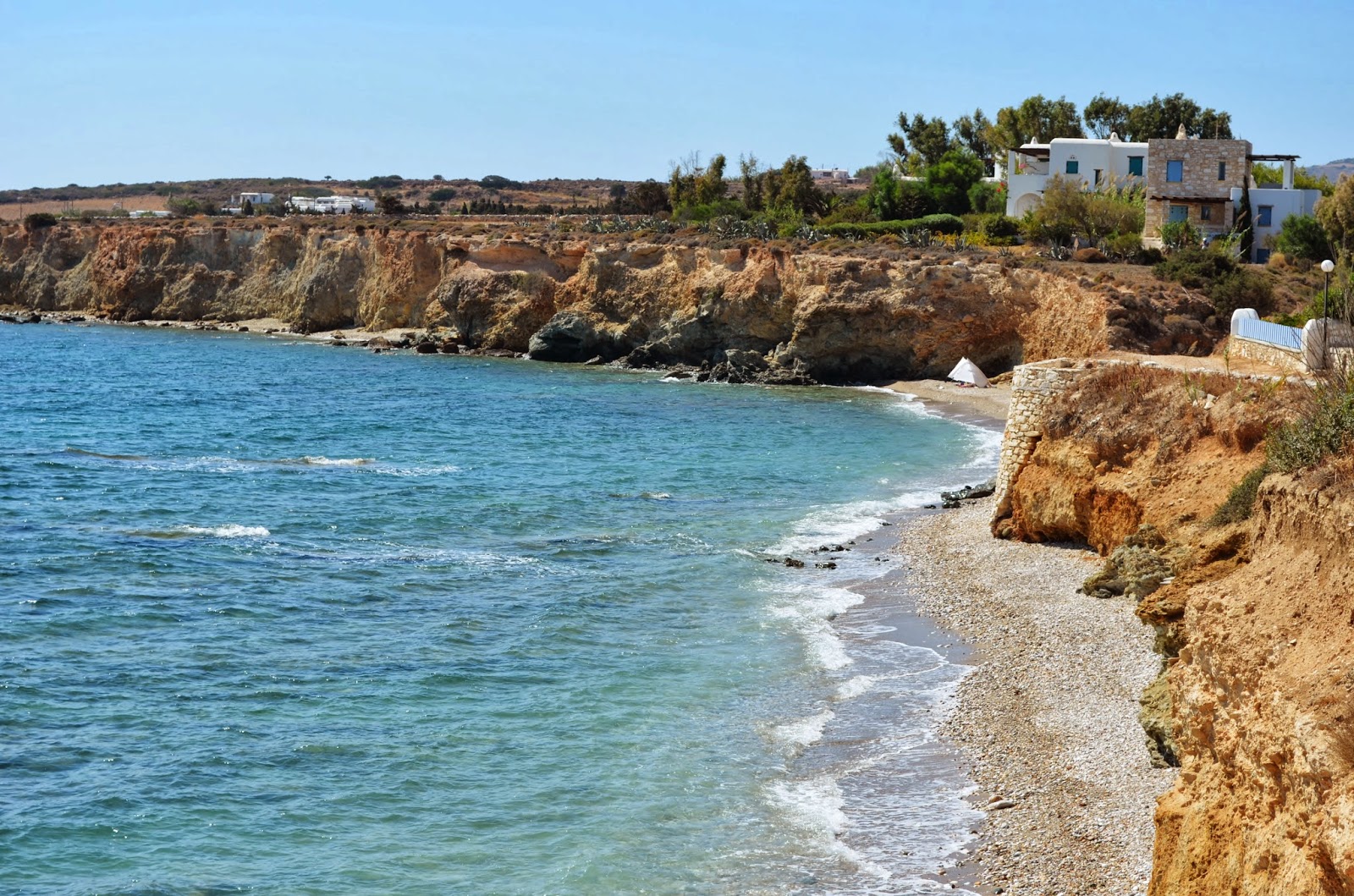 your bus ride to the town of Drios 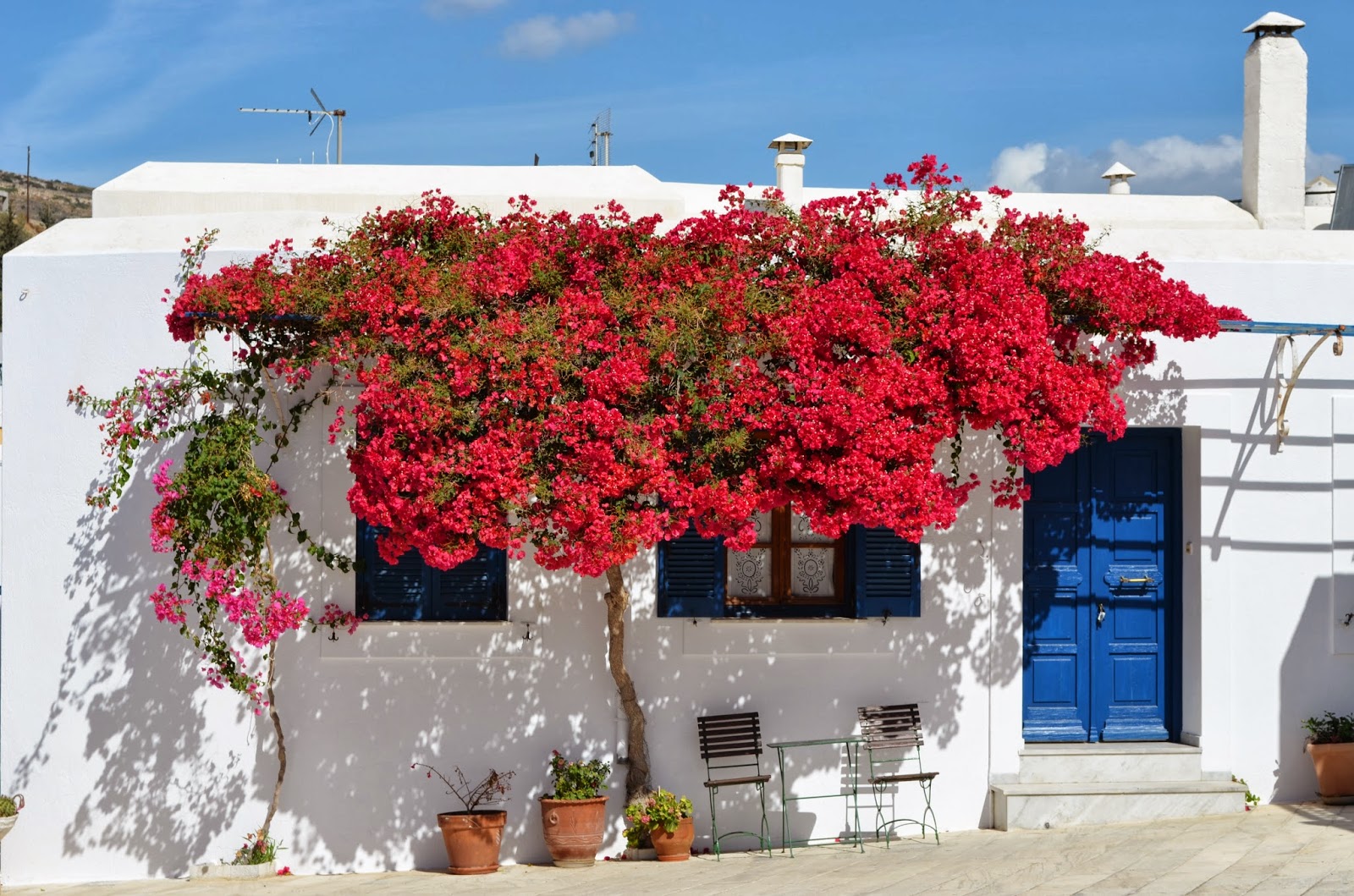 and the classic Greek village of Lefkes, where if you’re up to it you can hike the Byzantine path 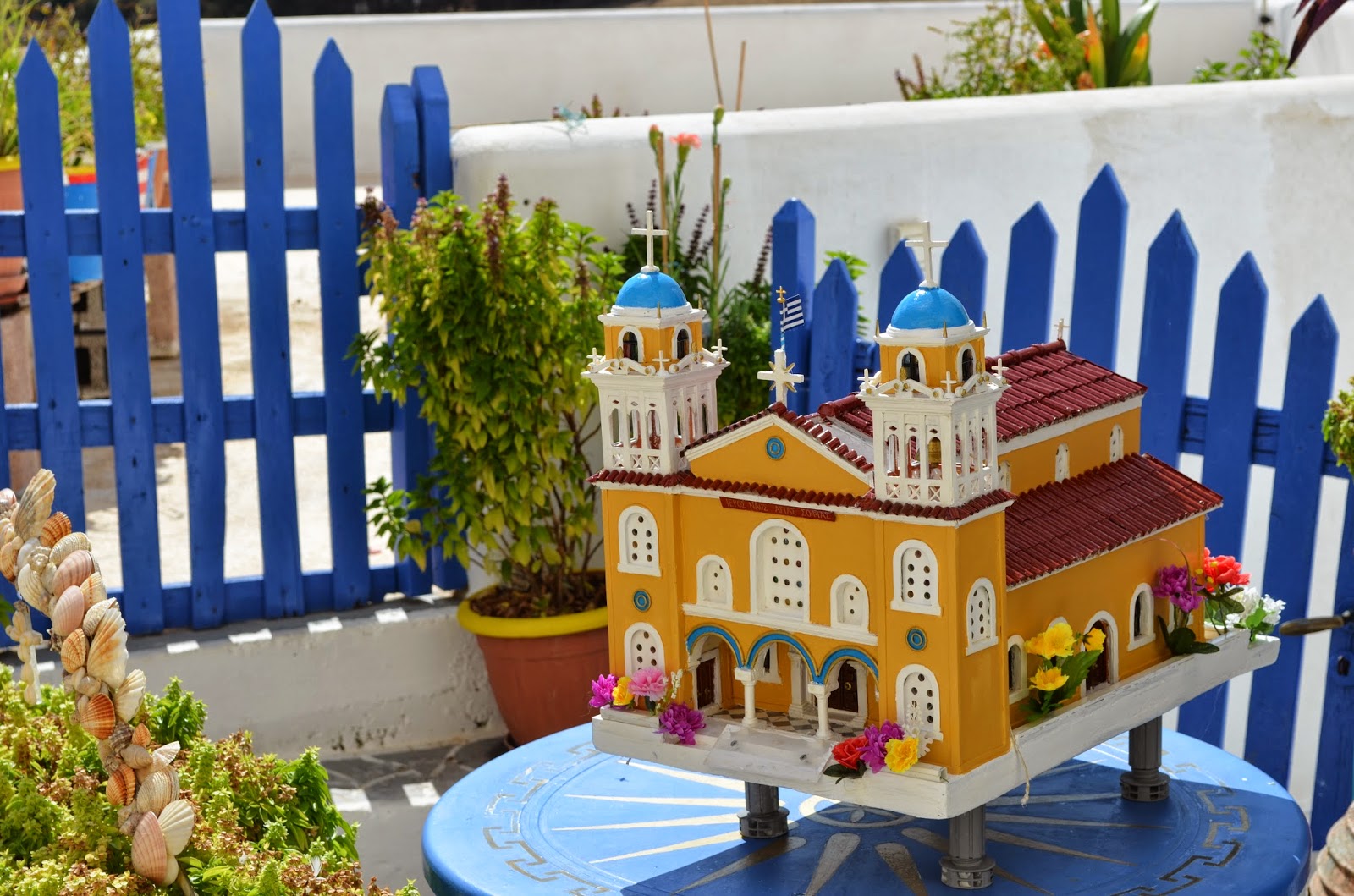 or check out the traditional homes 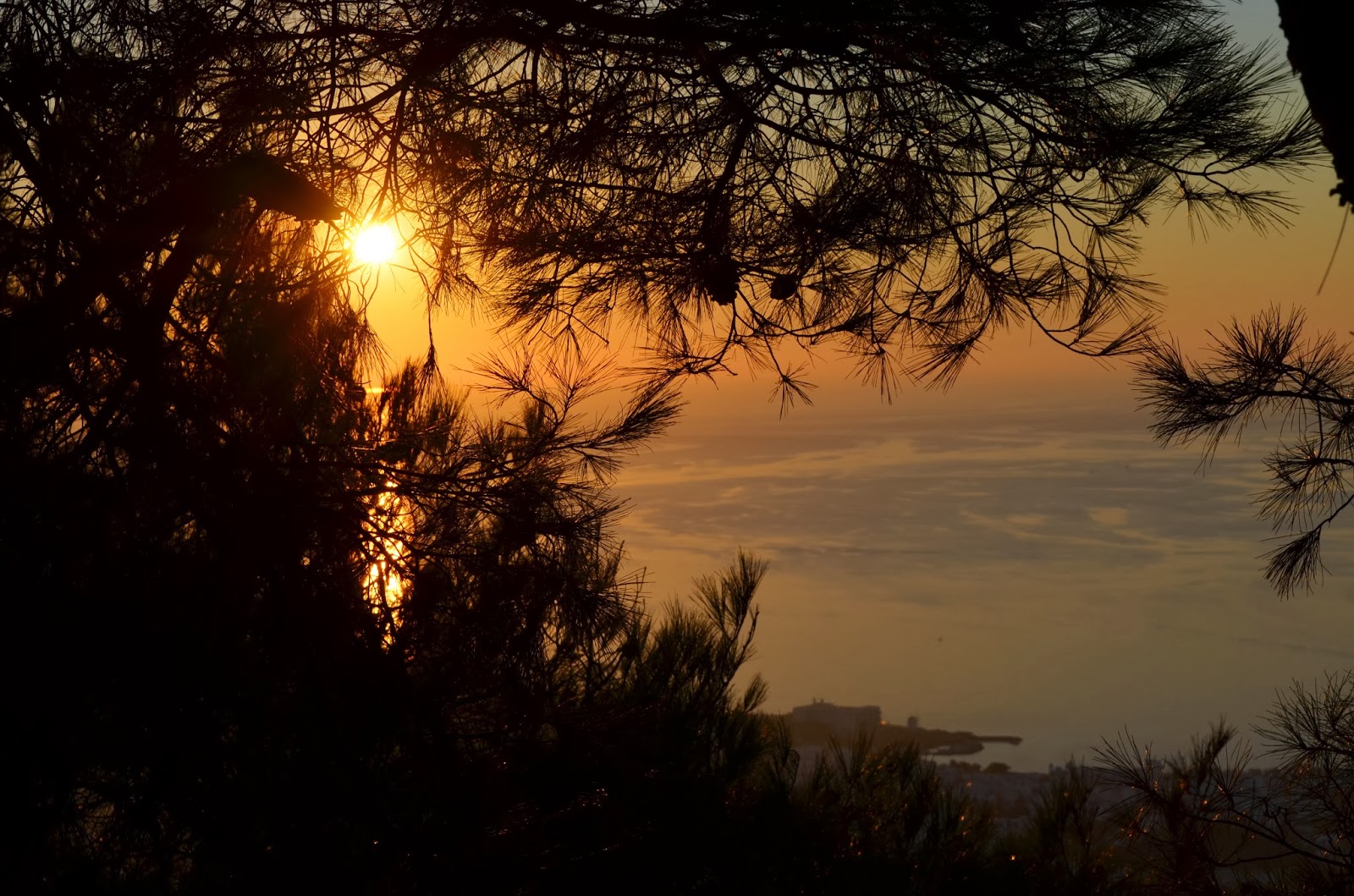 and still make it home in enough time to say goodnight to the Paros sun.

Thanks for stopping by!