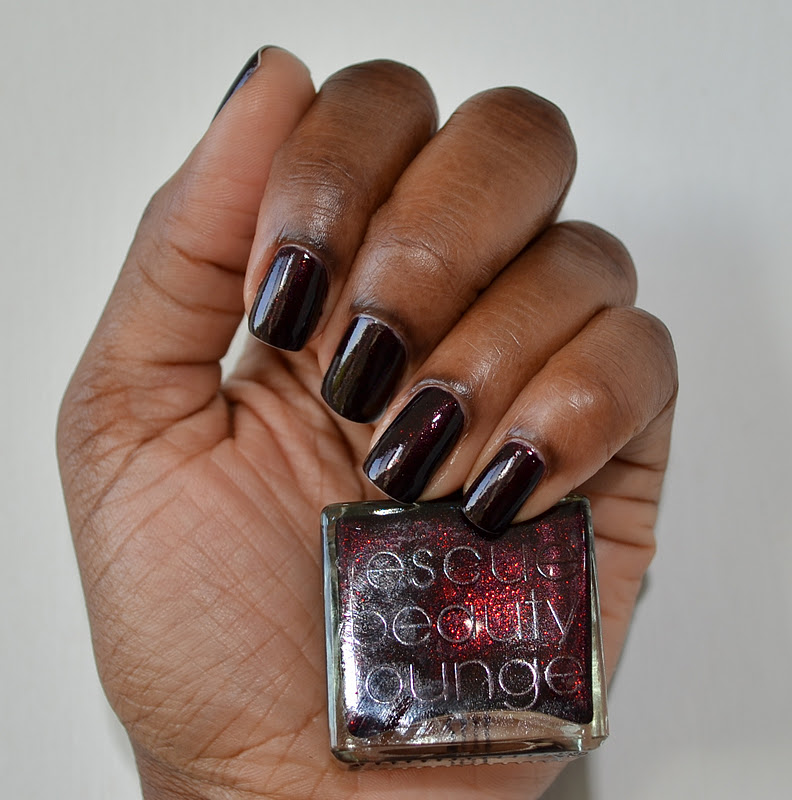 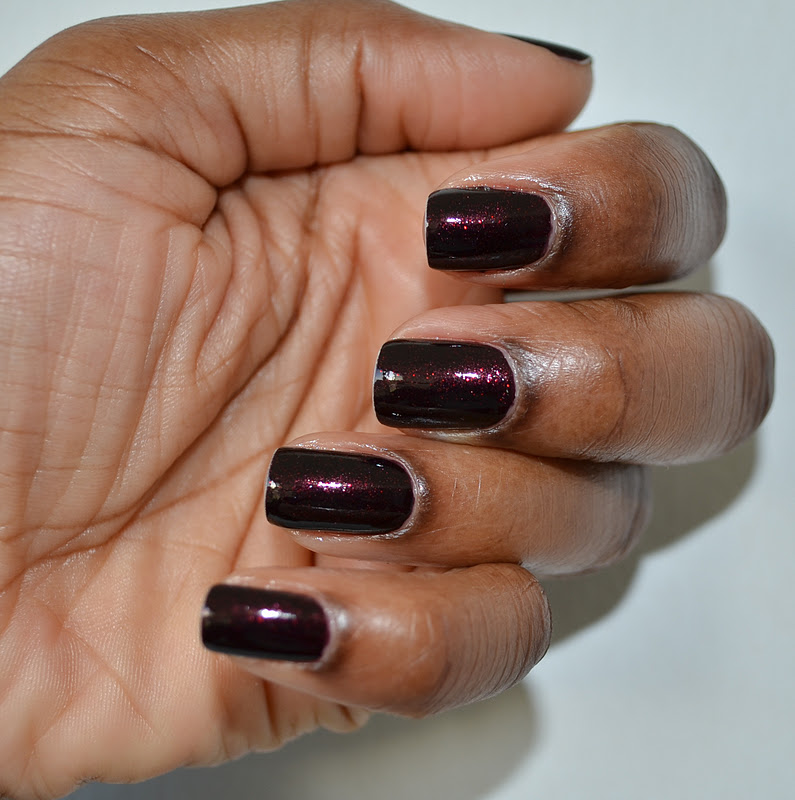 I hope everyone had a safe New Year’s Eve.This was the manicure I chose to bring in 2012. Rescue Beauty Lounge was definitely a favorite for me in 2011, so it’s not surprising I chose a RBL color to end the year.  Black Russian is a deep burgundy almost black based polish speckled with red glitter, that up close gives the polish a lit from within glow. I’m wearing two coats in the pics above.

There’s so much build up for New Year’s Eve and then the countdown is over and…… we’re back to our grocery shopping, bill paying, doing laundry existence. I think New Year’s Eve is over hyped. New Years Day to me is where the magic happens. It’s like day one of a new project. A 365 day project. So far, yours truly has chosen to start her project watching what appears to be an Ice T & Coco marathon(this is a judgement free zone) and scrounging for something to eat(mixed nuts from a  Harry & David gift box from Christmas ).  At some point(probably when I run out of peanuts), I’ll move to phase two of day 1 and officially get out of bed to meet the new year.

Despite what may seem to some to be an inauspicious start to my project, I have big plans for this year, which if all goes as planned will include among other things: 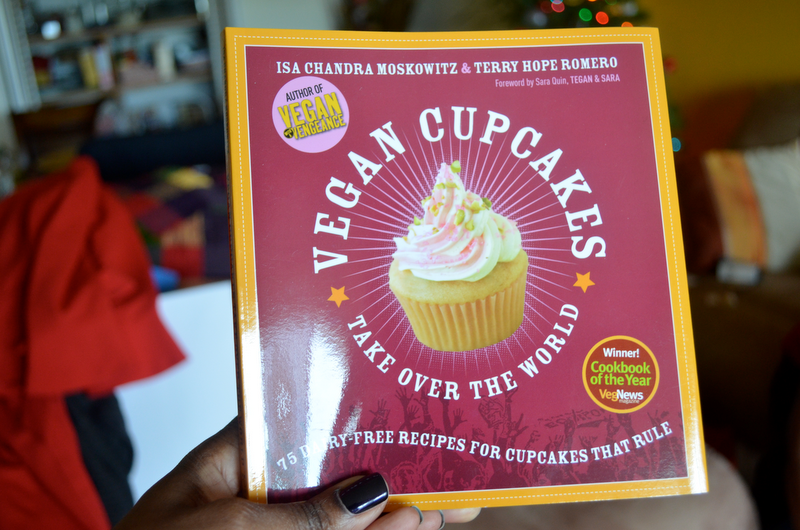 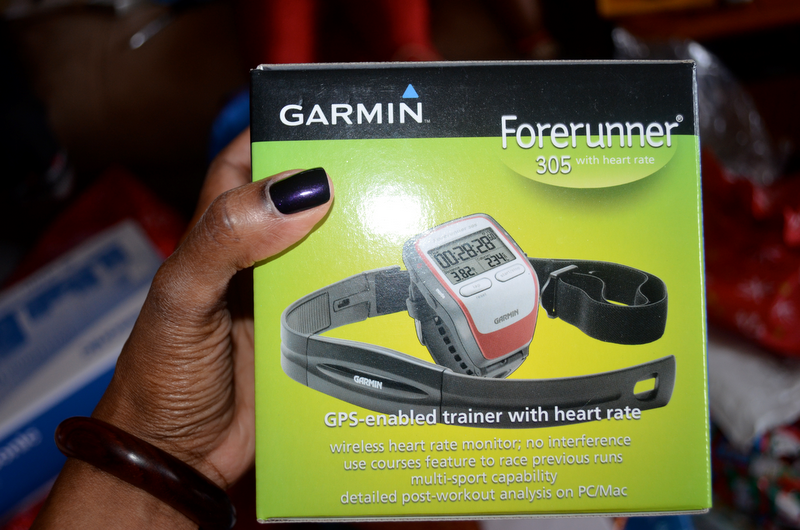 I wish you all a safe and prosperous 2012 filled with all the things and people you love. T-364 and counting.