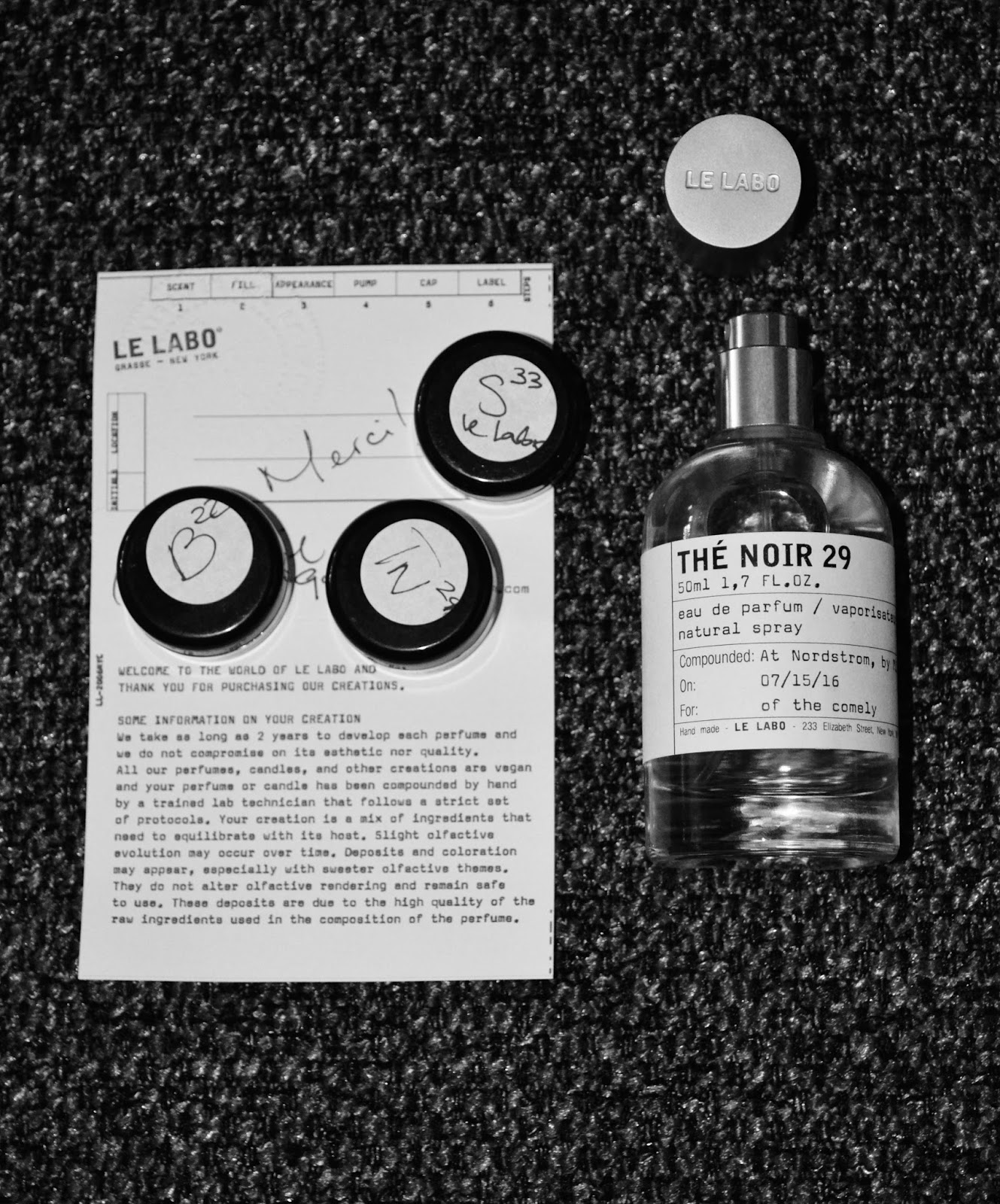 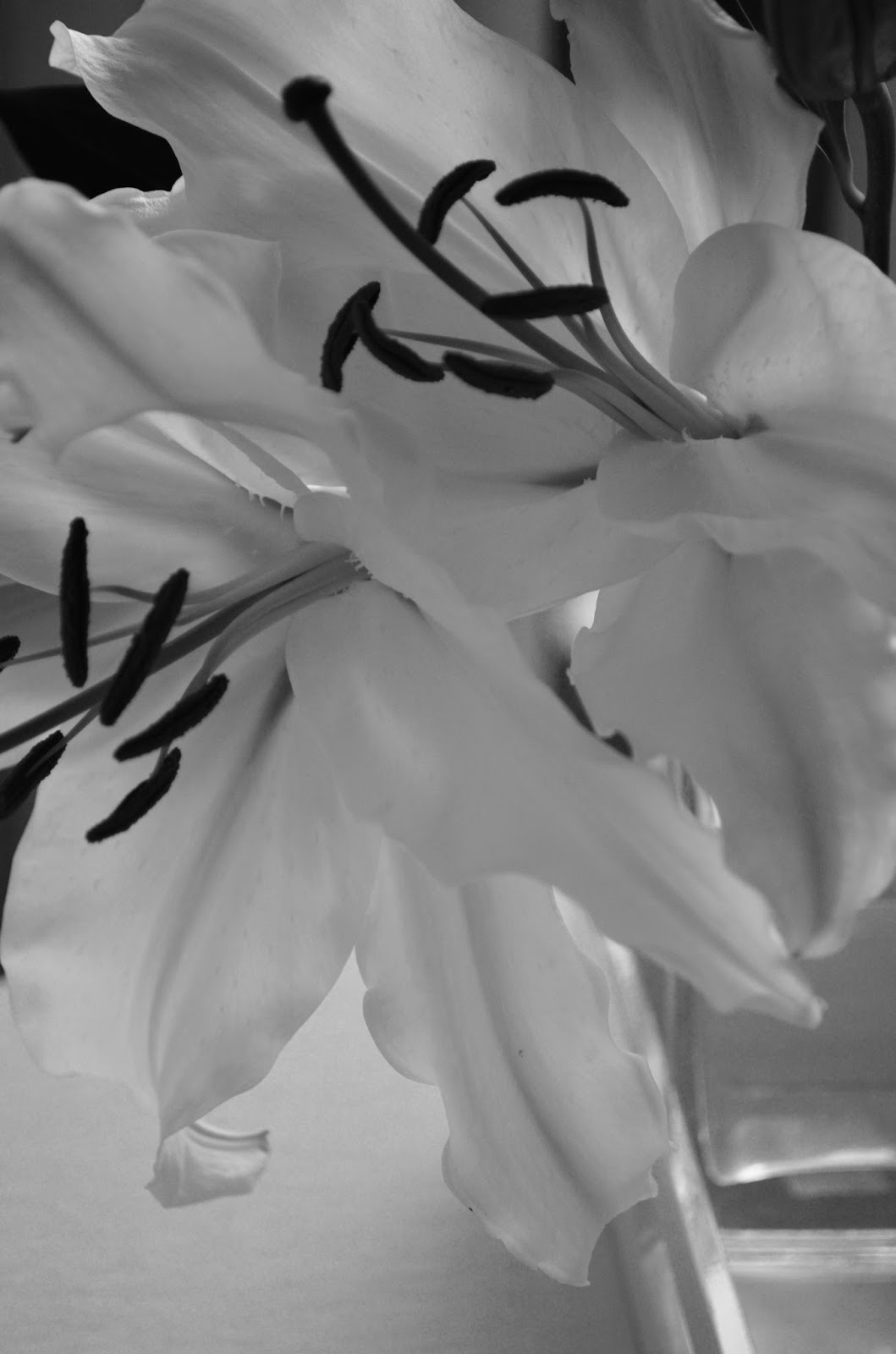 This has been the year of discovering new scents for me. Le Labo(the lab) is a fragrance company that has been on my radar for a while. With locations in NYC, London, Tokyo, Paris, Berlin, Washington DC, San Francisco, Hong Kong, Miami and LA, the line is known for their minimal aesthetic, customized labels and cult scents that are mixed right in front of you.

According to the internet, Le Labo whose headquarters are in SoHo New York, was founded by Fabrice Penot and Edouard Roschi in 2006, and acquired by Estée Lauder in 2014. I found this great article ( here )where Fabrice is quoted as saying, “The purpose of Le Labo is to make life more beautiful.”

The perfumes are reportedly named by the main ingredient based on weight and then the number of ingredients in the formula. After testing out some samples I bought online I found their Bergamote 22, Fleur D’Oranger 27 and Santal 33 to be my favorites. I went to their counter undecided and Thé Noir 29 was recommended by the Le Labo rep as a formula that combined those three. Black tea leaves, bergamot, fig, musk, cedar wood and vetiver are the main ingredients in Thé Noir. To me it smells slightly smokey with a splash of citrus and a spike of spice. It lasts all day on me and is one of the most interesting scents I own.

Have you tried anything from Le Labo? As we head into fall what are some of your favorite fragrances for this time of year?