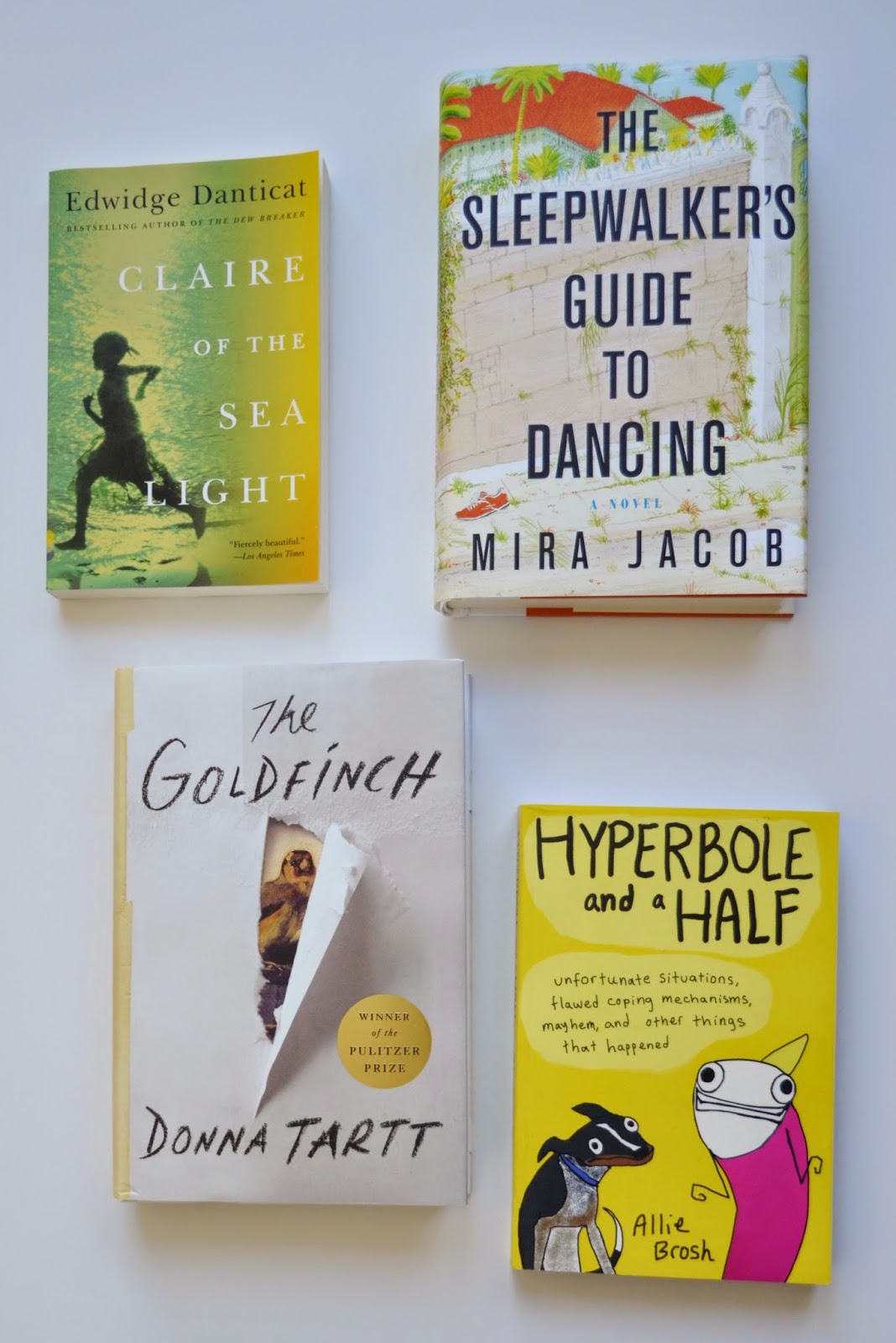 I finally got a library card at the end of 2013 and as a result I read more books in 2014 than I had in the years past. Most of the books I read were e-books. I decided at the end of the year that I would buy the books that I liked the most. These four made the cut. My initial idea was to give a short review of the four books. However I’m terrible at reviewing books. If you ask me about a book I read you usually get something like:

Me:   Well, there was this girl who was born a guy sort of. Uhhmm her people were inbred and
after some stuff with her family she starts being a guy and then she meets a girl and it
kind of works out. I really liked it.

That is why we are almost half way through 2015 and I’m just finishing this post.  They say the only way to get over your fear of doing something is to actually do it, so without further ado I give you the inaugural of the comely book review.  No refunds will be given after this point. 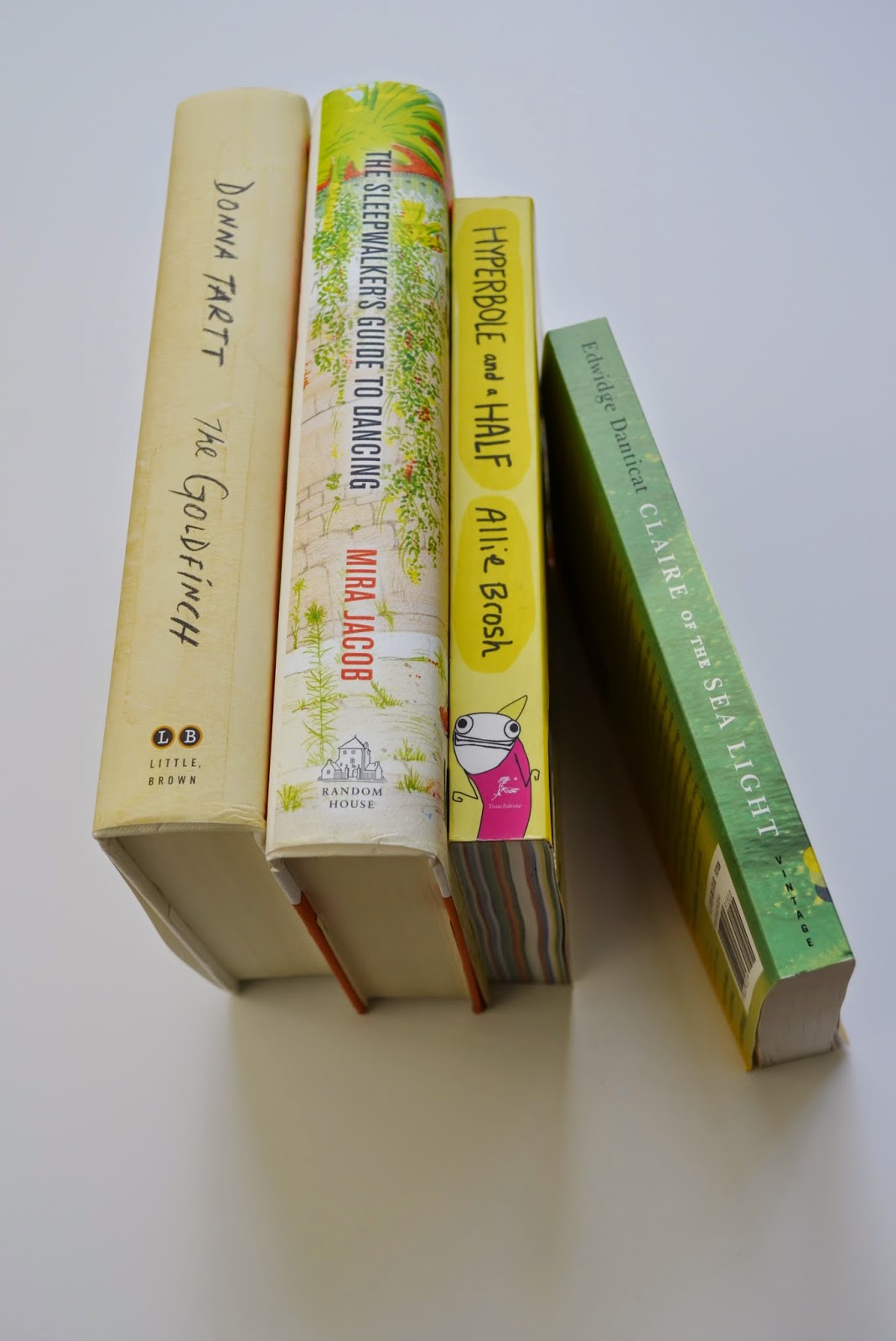 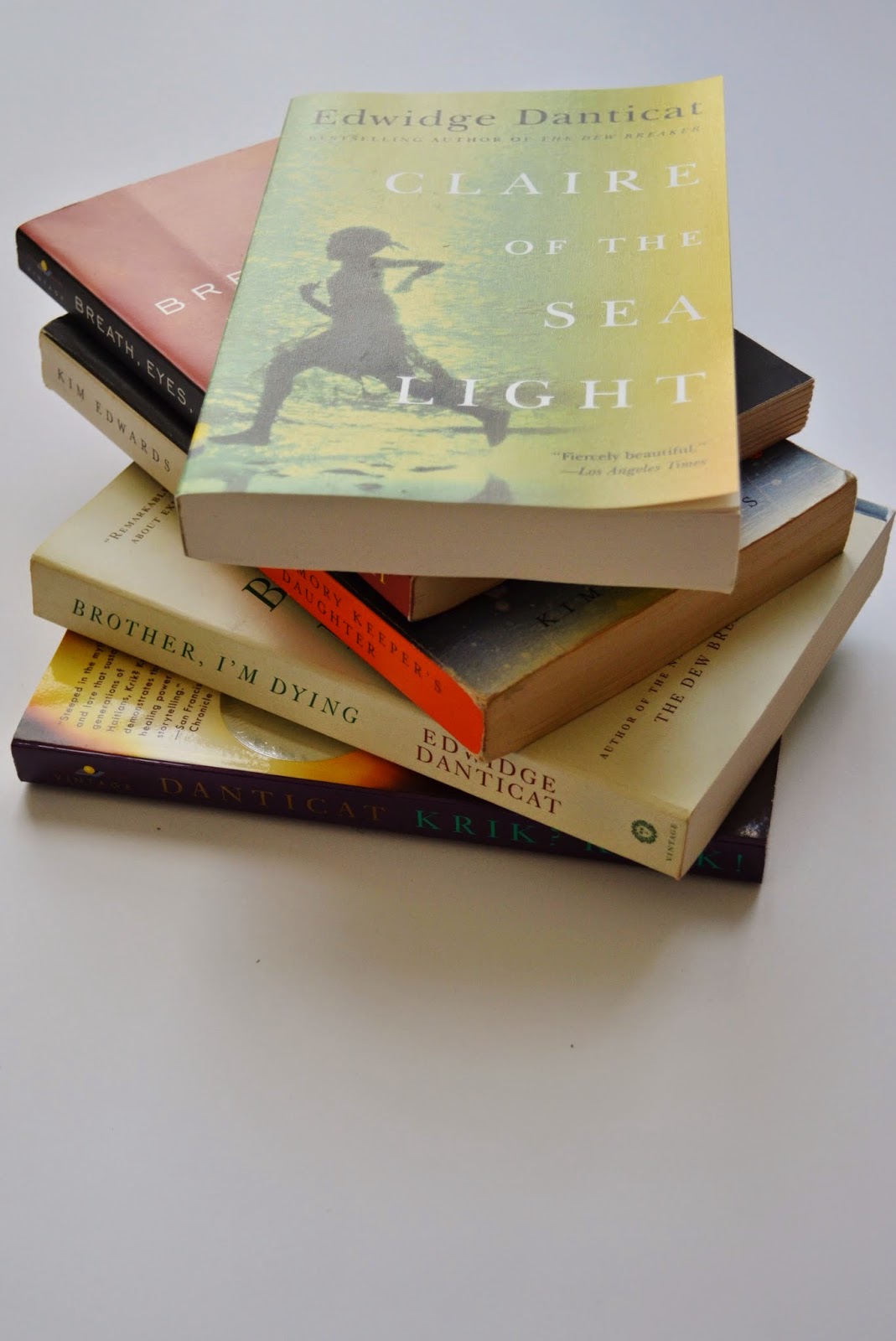 First up we have Edwidge Danticat’s- Claire Sea of Light.  It’s the story of a young girl and her father in a fictional seaside town in Haiti. The little girl goes missing and the hopes, dreams and disappointments of various people in her community are interweaved in the story of the search to find her.  As you can see from the picture above I own several books that Ms. Danticat has written.  The setting of most of the books I have read by her is Haiti. She has a lyrical writing style and there is always an element of mysticism in her stories that I have come to associate with that island. 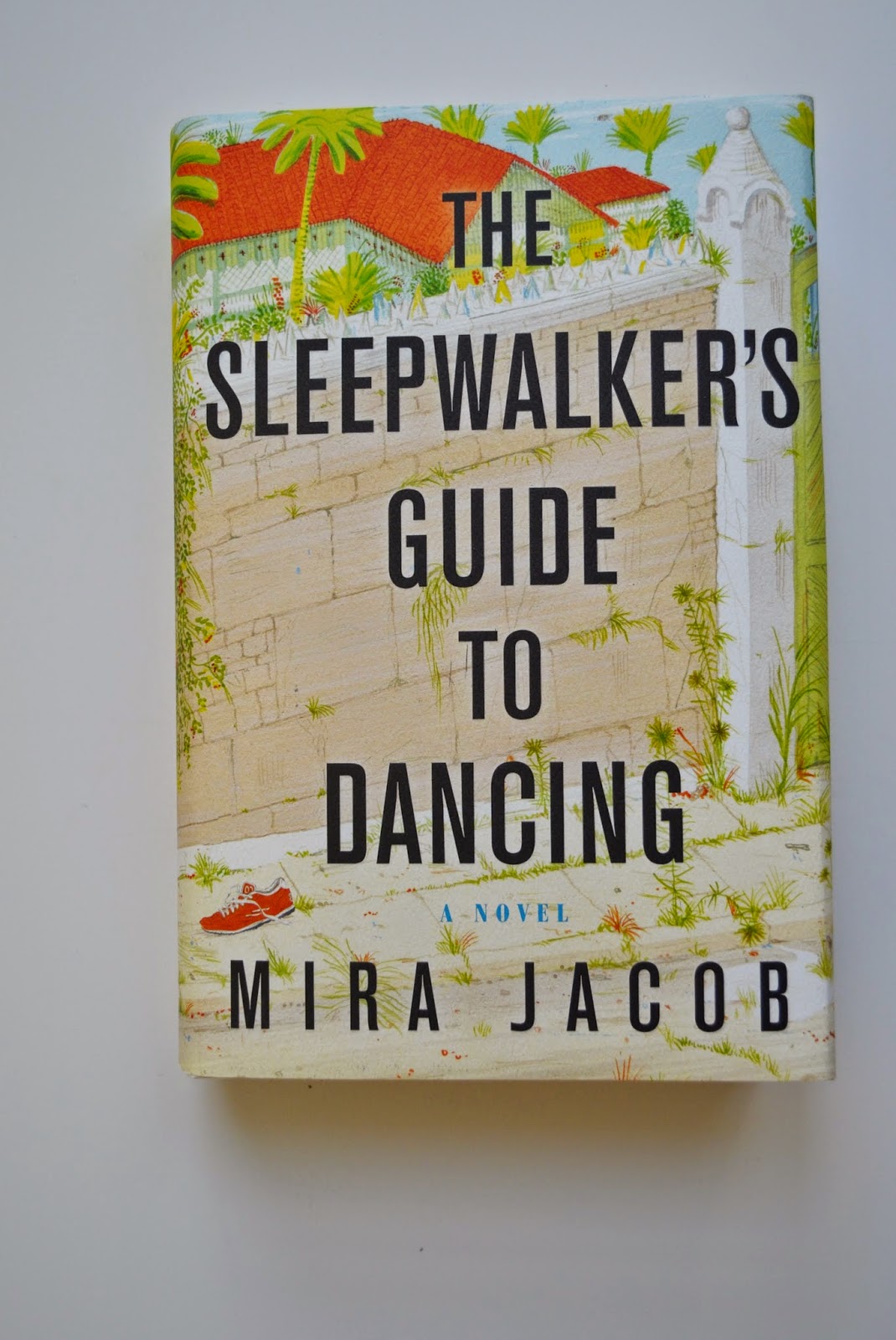 The Sleepwalker’s Guide To Dancing is on the surface a story about an immigrant Indian family told mainly from the perspective of the daughter Amina.  Dig a little deeper and you will find a story about sacrifice,  acceptance, forgiveness and love. 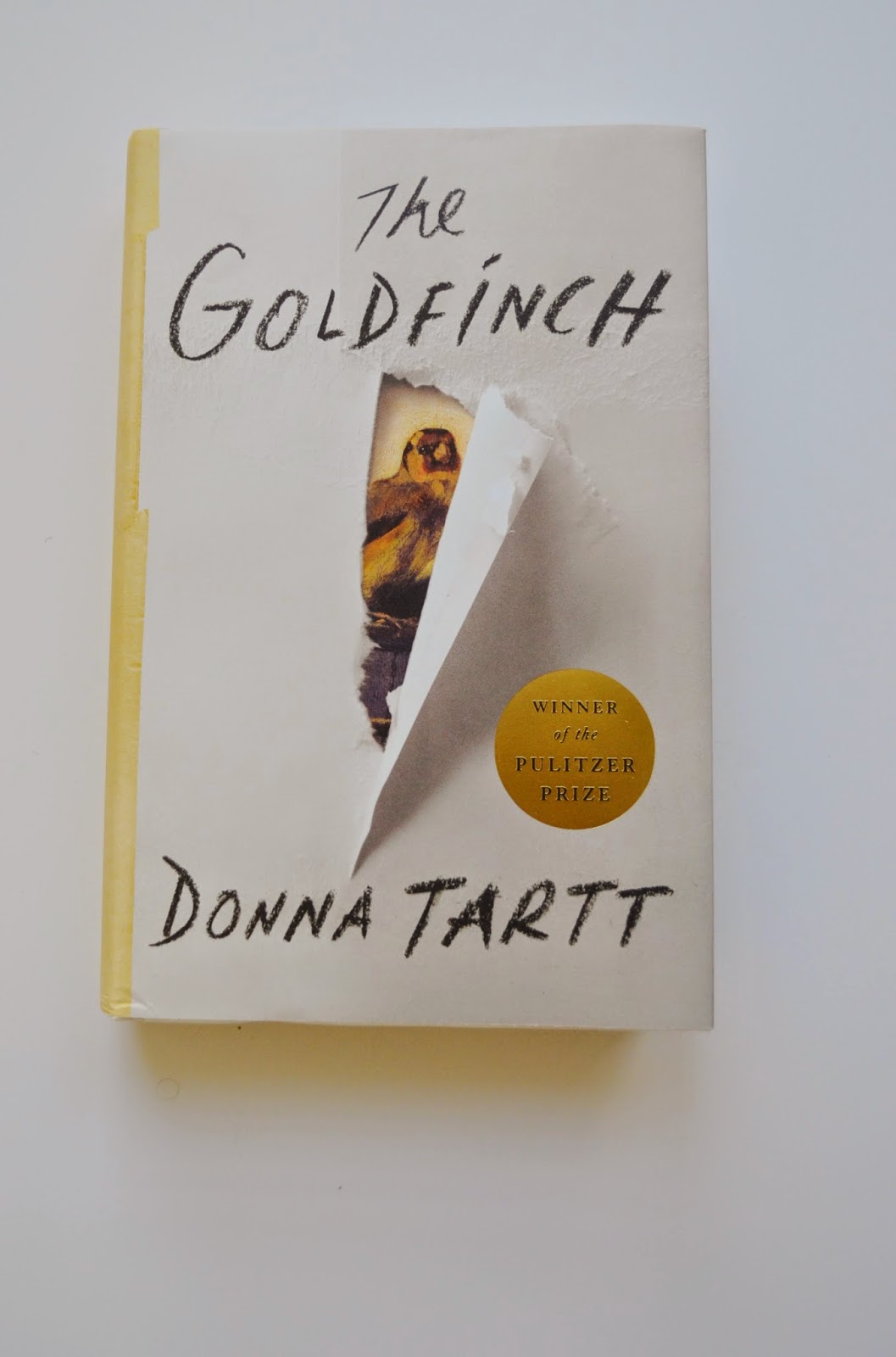 I’ll say from the start that The Goldfinch is a very long book.  It is 771 pages.  Before you turn away though I want you to know that this was one of the best books I’ve read in a long time. I actually listened to the audio book but it still feels strange to say I listened to a book. The book jacket tells you that the tale begins with a boy losing his mother. What happens to him and the twists and turns his life takes after that event kept me enthralled to the very end.  It’s a sweeping narrative that covers the life of the boy, Theo from young teen to adulthood.  My heart soared for him when things went well and my soul was crushed when they didn’t.

I like to read the bad reviews on a book first because I think you get a lot more from them than the five star reviews. And, yes there were quite a few people who hated this book. I agree with some of their critiques. Yes, it could have been shorter.  Yes,  there were some sections where the story lagged. However,  even with that I would like you to give it a shot. There are characters in that book I still can’t stop thinking about. 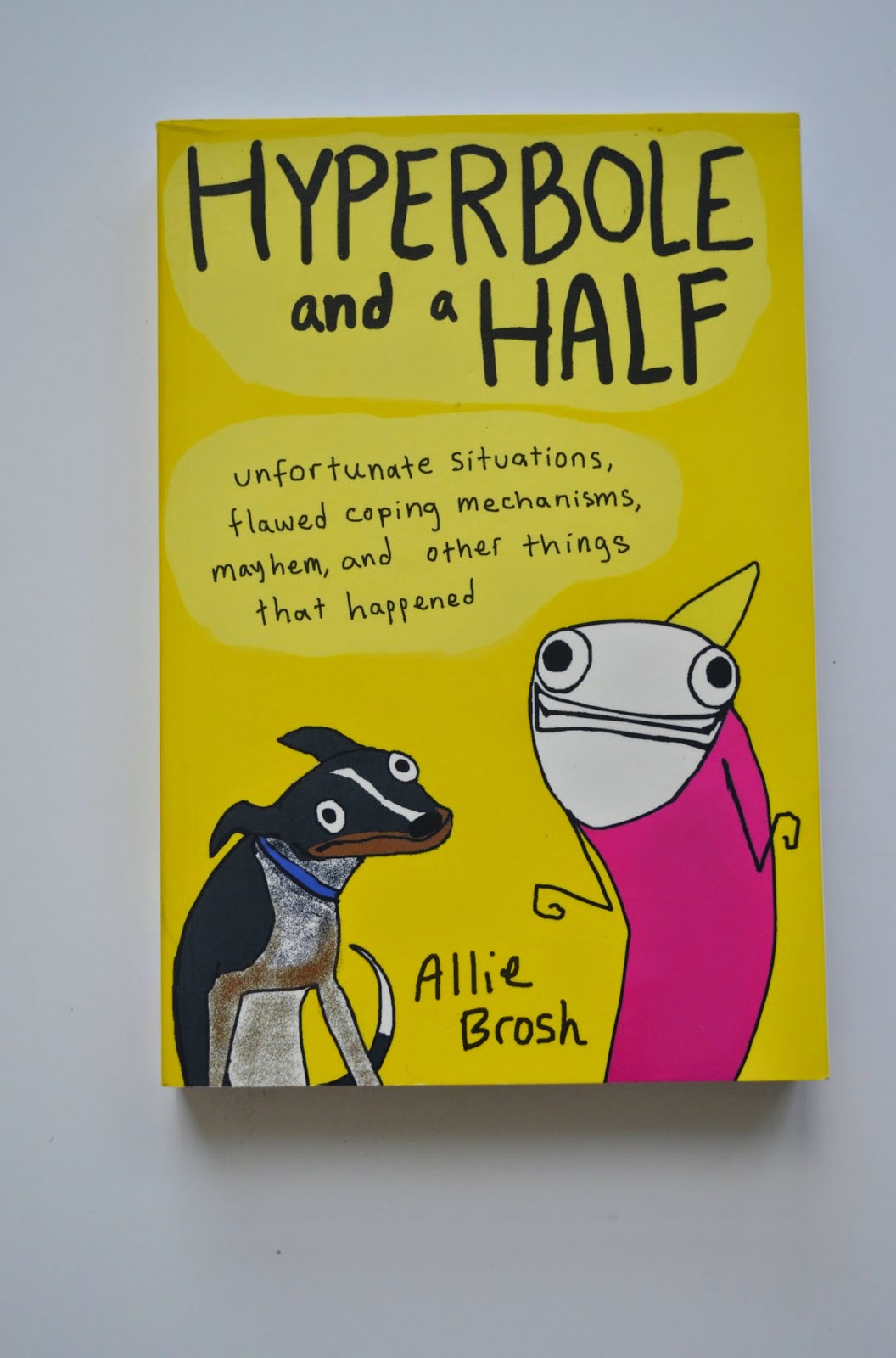 Hyperbole and a Half is the first book that I’m aware of by blogger Allie Brosh. It’s based on her blog of the same name. Read it. It’s funny. You’ll thank me later. You are welcome.

If you have made it this far I thank you for your patience! Let me know about what you’re reading now, and if you’ve read any of the books from this post.

Edited to Add: Turns out April 23rd is World Book Day so my procrastinating was right on time 🙂