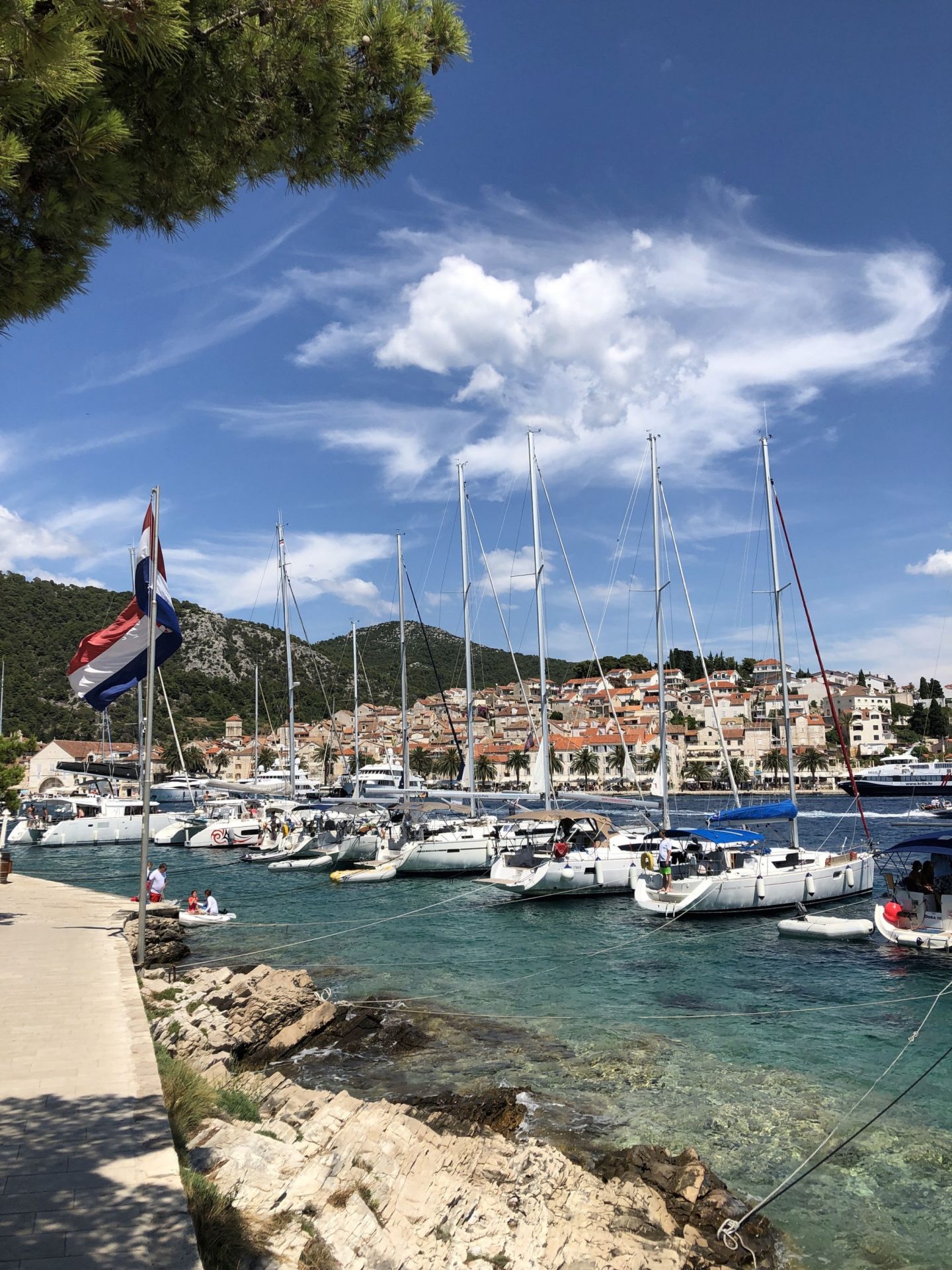 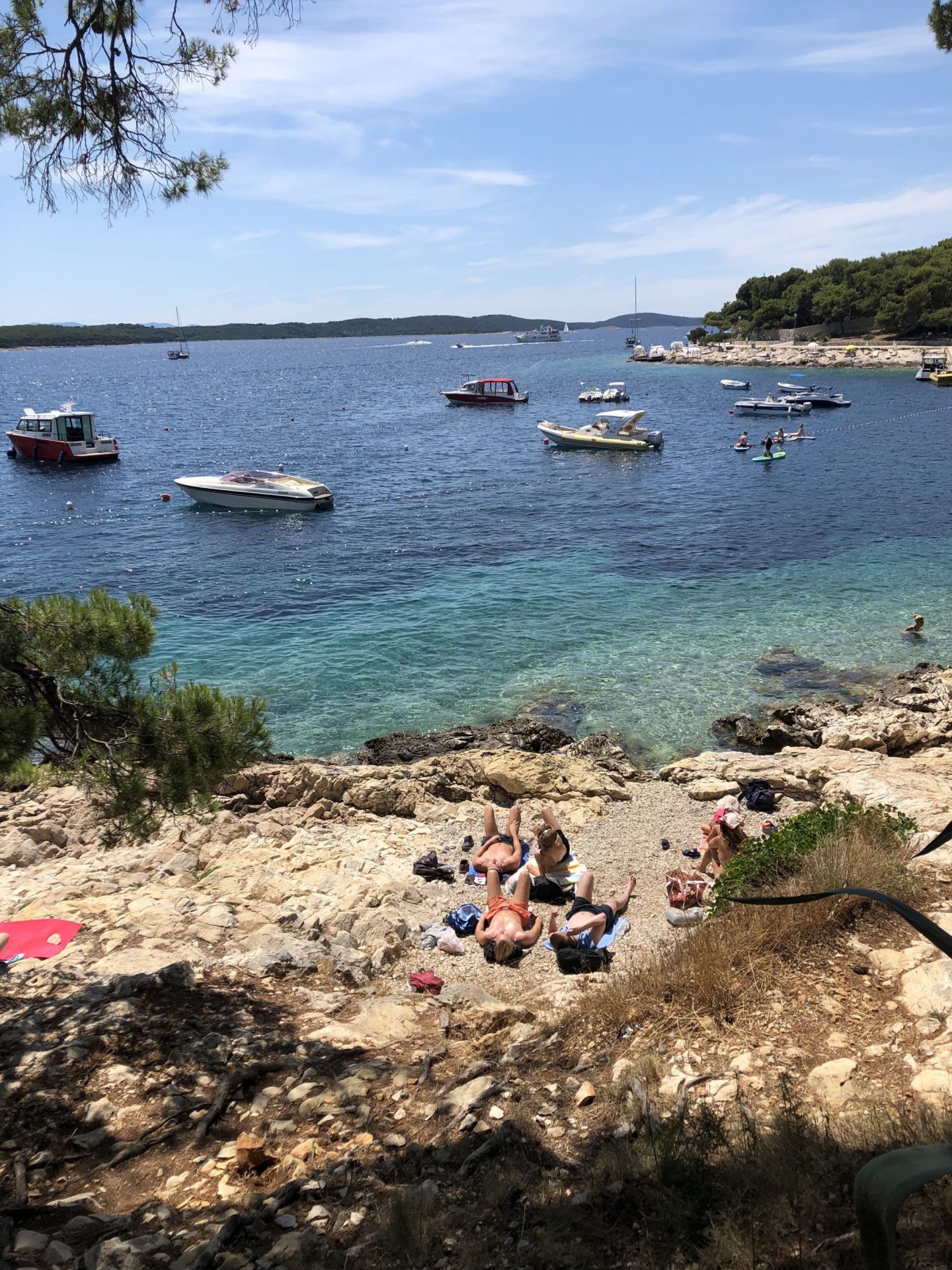 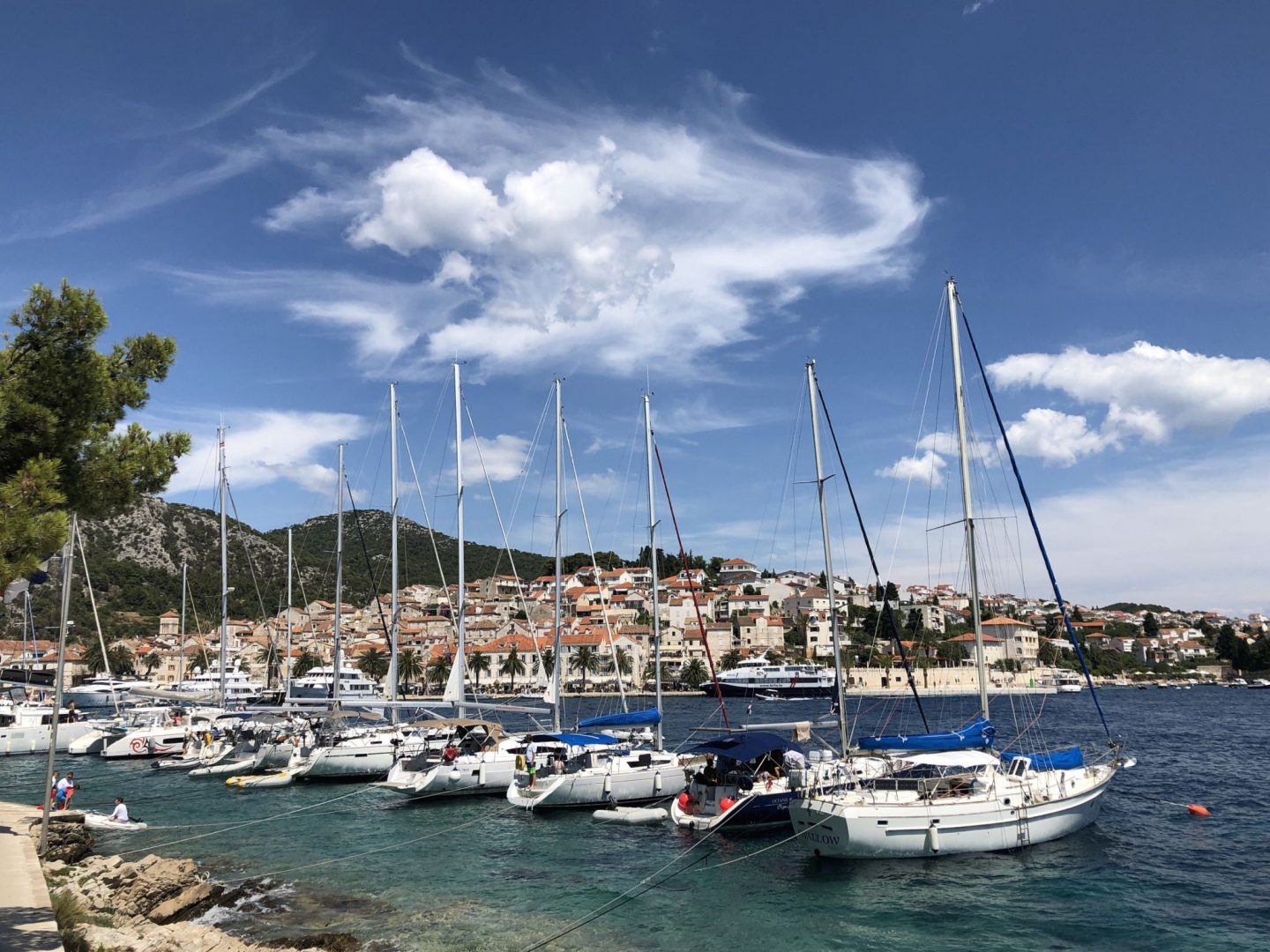 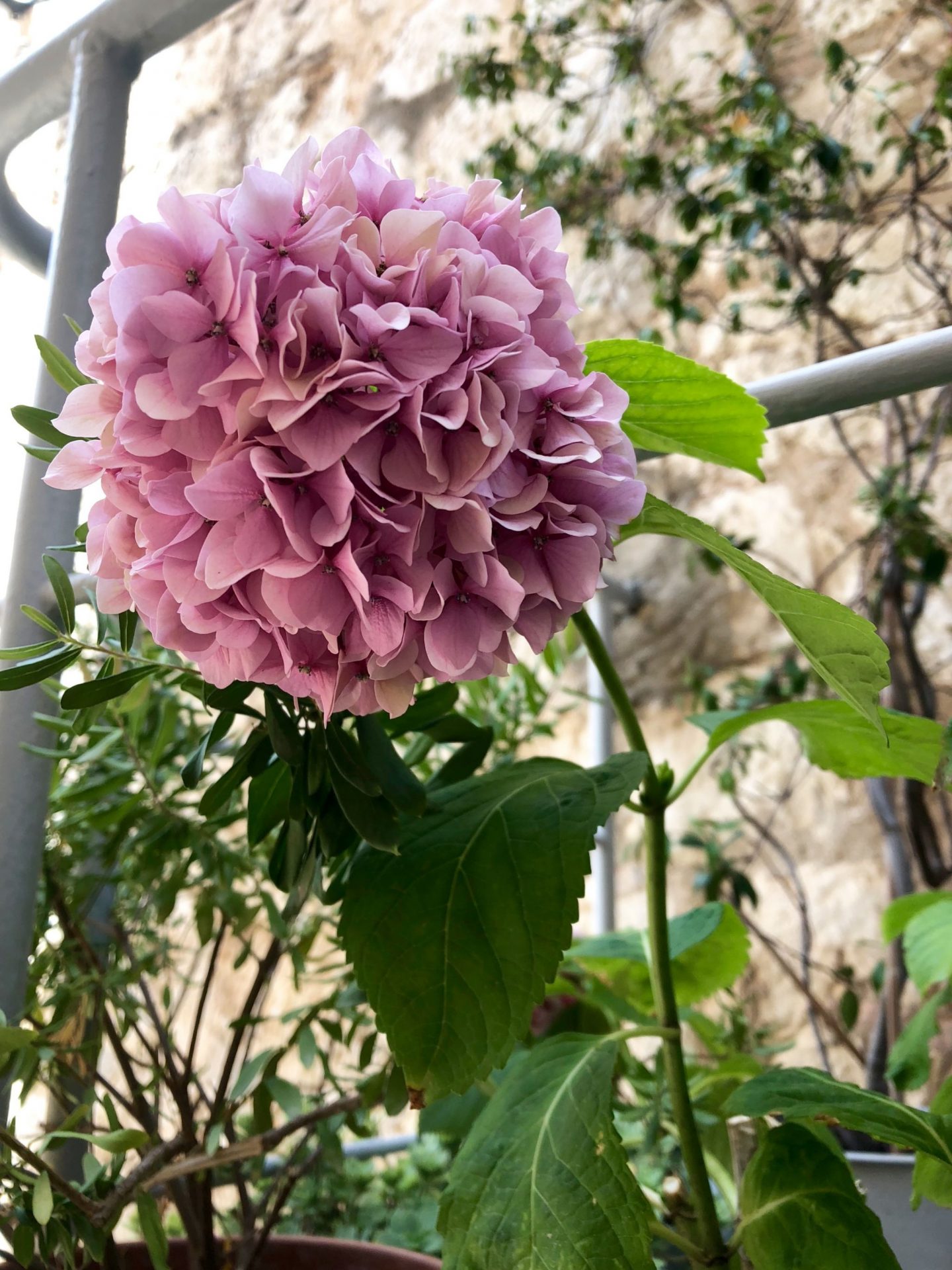 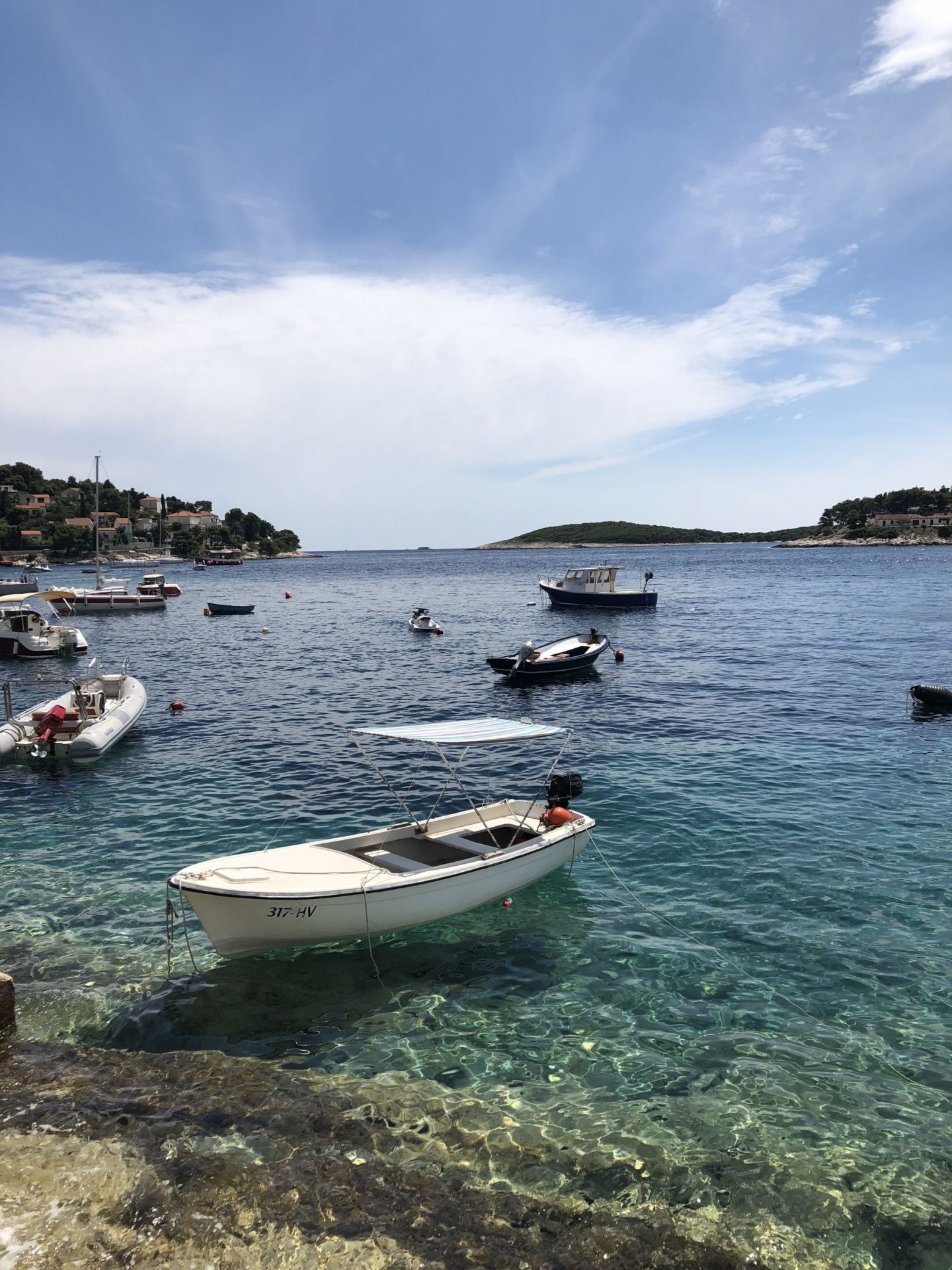 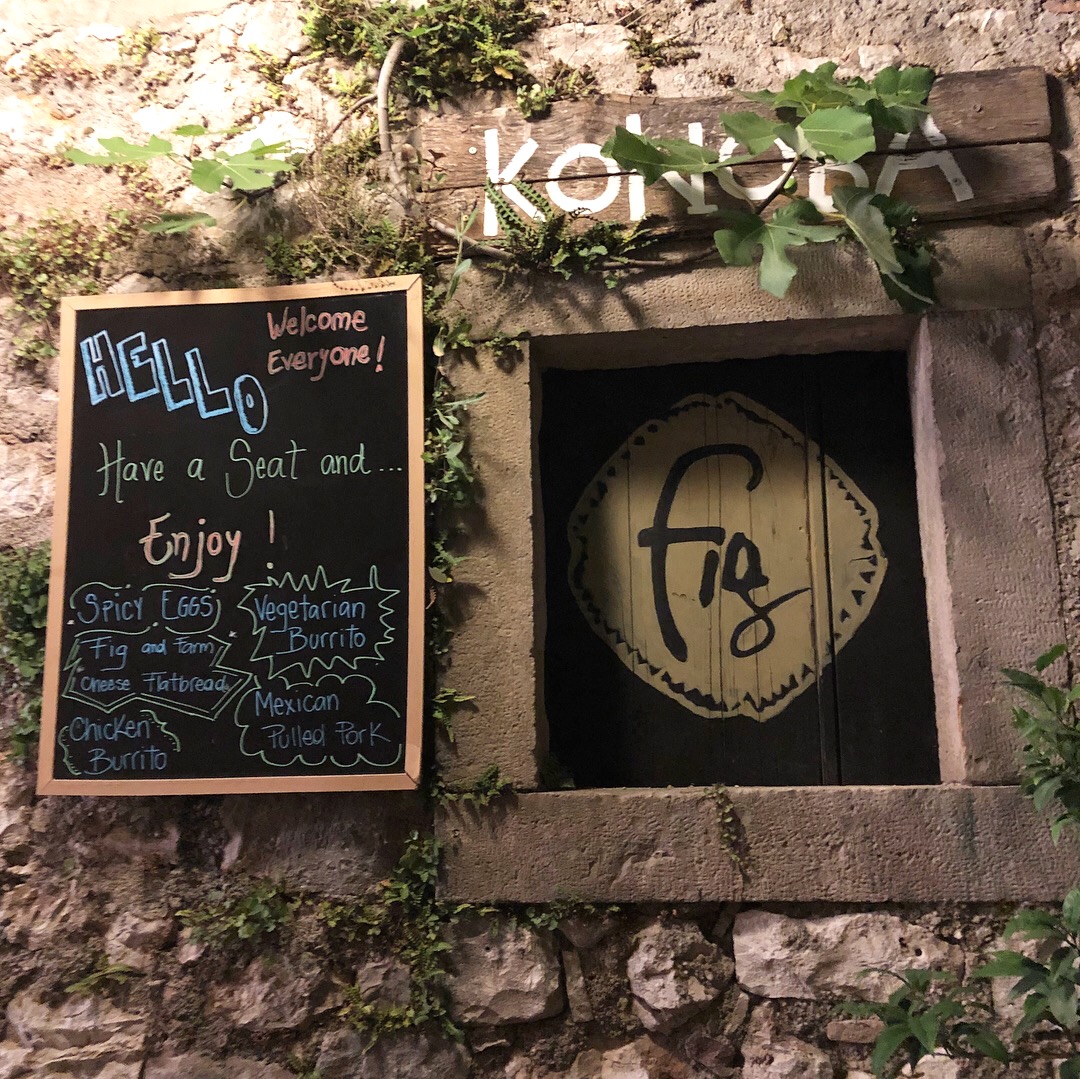 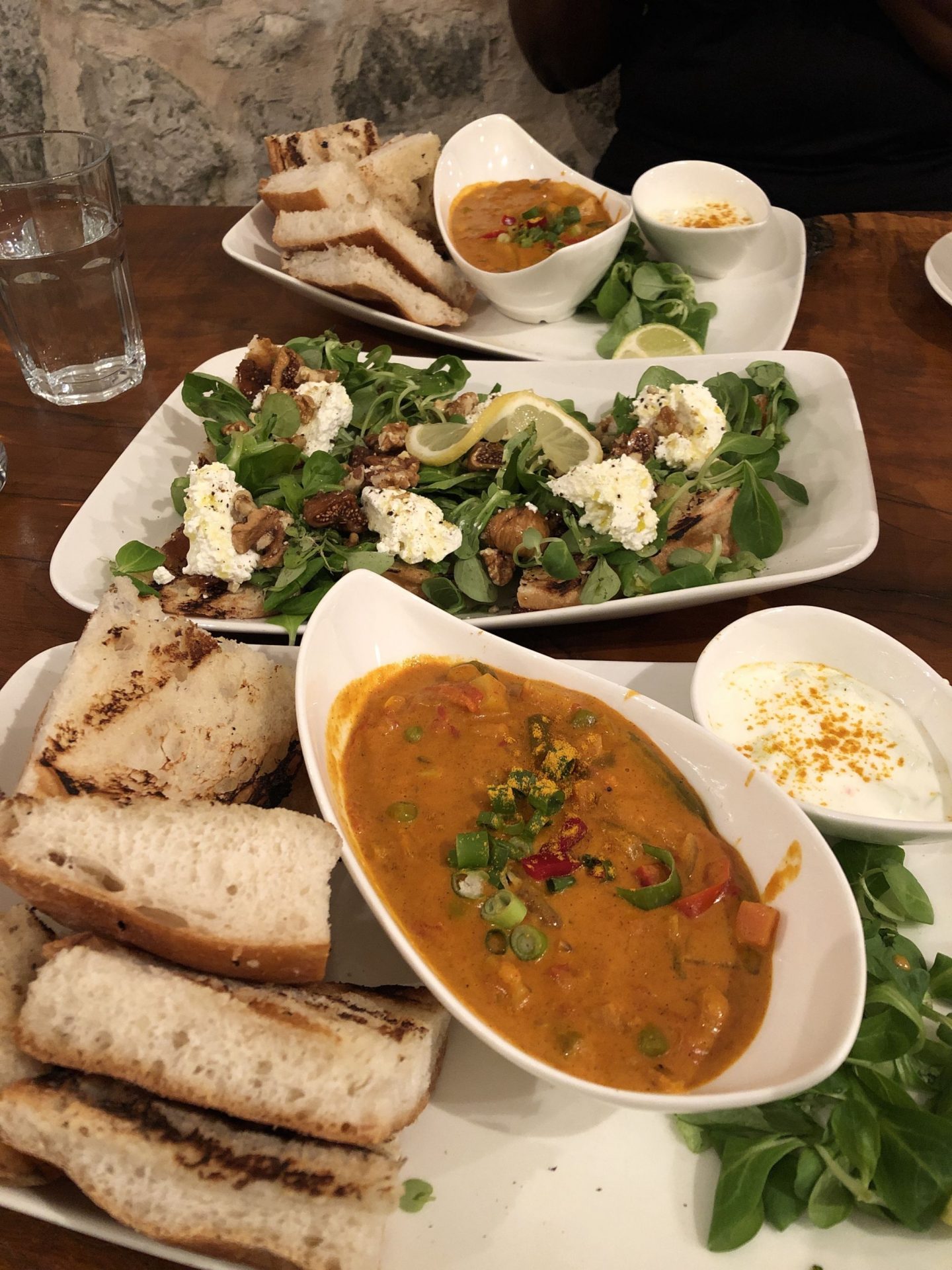 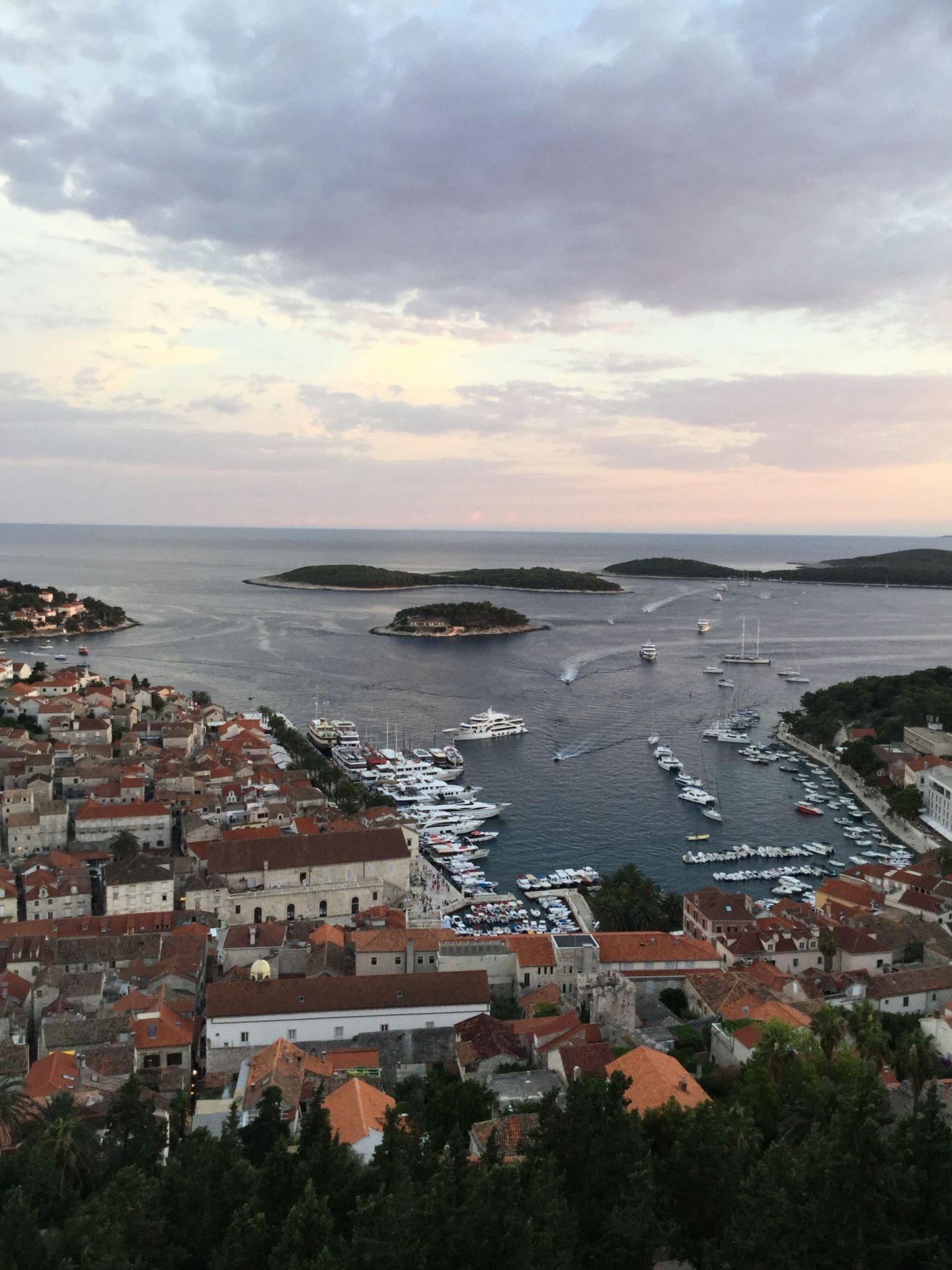 After Split (here) I went to Hvar which was a 2 hour boat ride away. Hvar has a reputation as a party island. The way my knees are set up though I spent most of my time sightseeing and relaxing. The island provided plenty of opportunities for both.

Hvar is also known for its lavender fields. I challenge you to go to Hvar and come back with a souvenir that’s unrelated to lavender. I tried but after passing on lavender lotions, satchels and oils I finally caved and picked up a flower pot with lavender magnet.  According to the locals late June early July is the best time to experience the island’s lavender fields.

And what about the food? As you would expect there were a lot of sea food options. But, as a vegetarian I didn’t feel slighted. I had many great meals. One of the best was at the Fig restaurant pictured above.

Hvar ticked all the boxes I need for a good trip so it’s on my list of places I would definitely revisit.