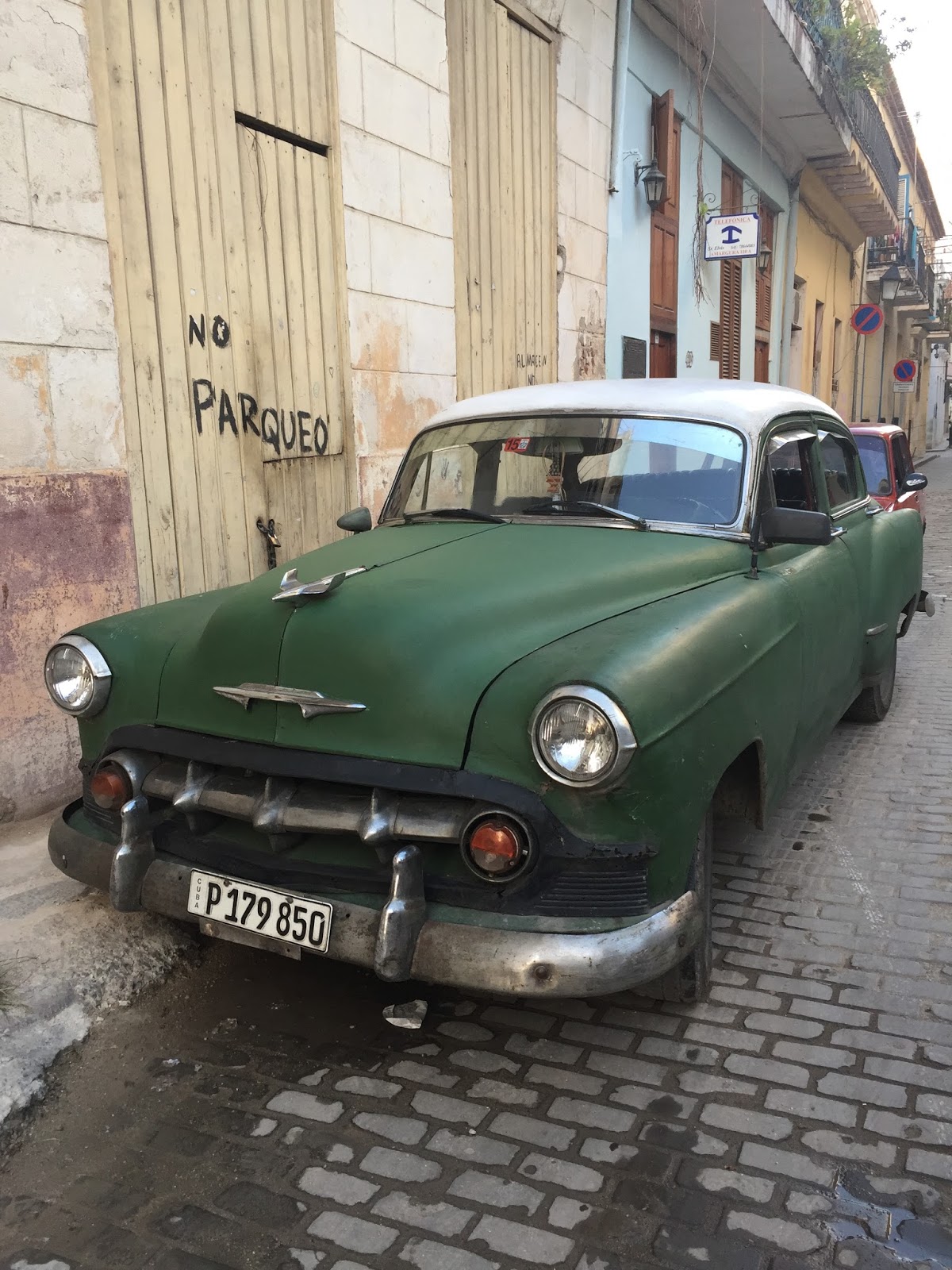 I went to Cuba over two months ago but it has taken me some time to gather my thoughts about my trip.  Part of the reason is my busy workload this quarter and the other part is probably due to me attempting to process all of the changes happening in my corner of the world.

If you live in the US travel to Cuba is only permitted under certain circumstances (more info here). My trip fell under the category of Educational/People-to-People exchange. What that meant for me was that I stayed with locals to immerse myself in the culture and have a true interchange.

My hosts suggested that in order to try to understand Cuba I should start from the beginning. So the first place they took me was to the Jose Marti Museum in Revolution Square.  Jose Marti as it was explained to me is widely regarded as the founder of the Cuban nation. Born in Havana in 1853 he was a poet and a revolutionary thinker who died in 1895 fighting for Cuban independence from Spanish rule. His museum as you can imagine was a love story to their beloved patriot. 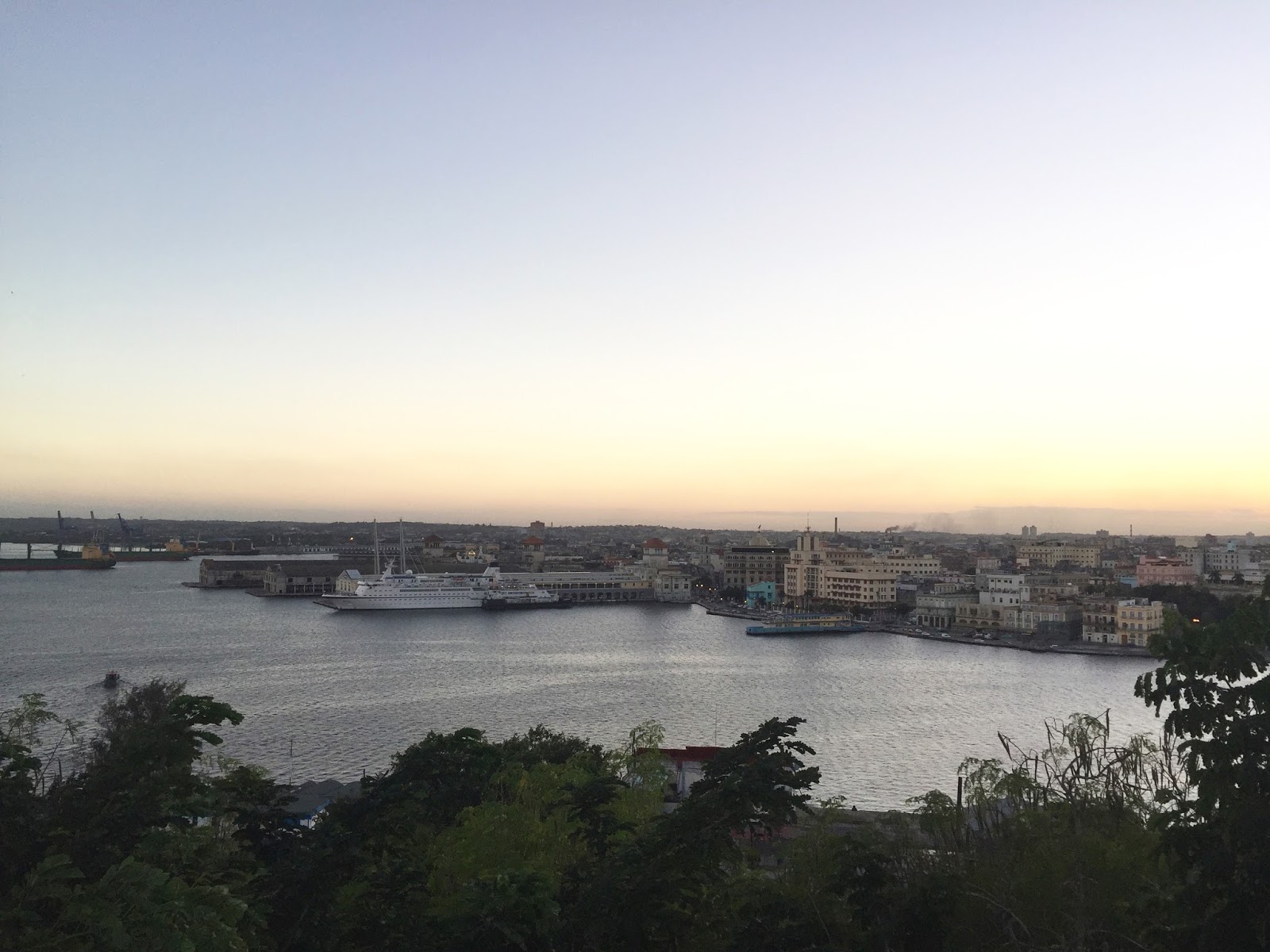 I found the architecture in Havana to be similar to that of any large European city. The food was just so-so but that was probably because as a vegetarian my options were fairly limited. I had better luck with their juices and desserts. 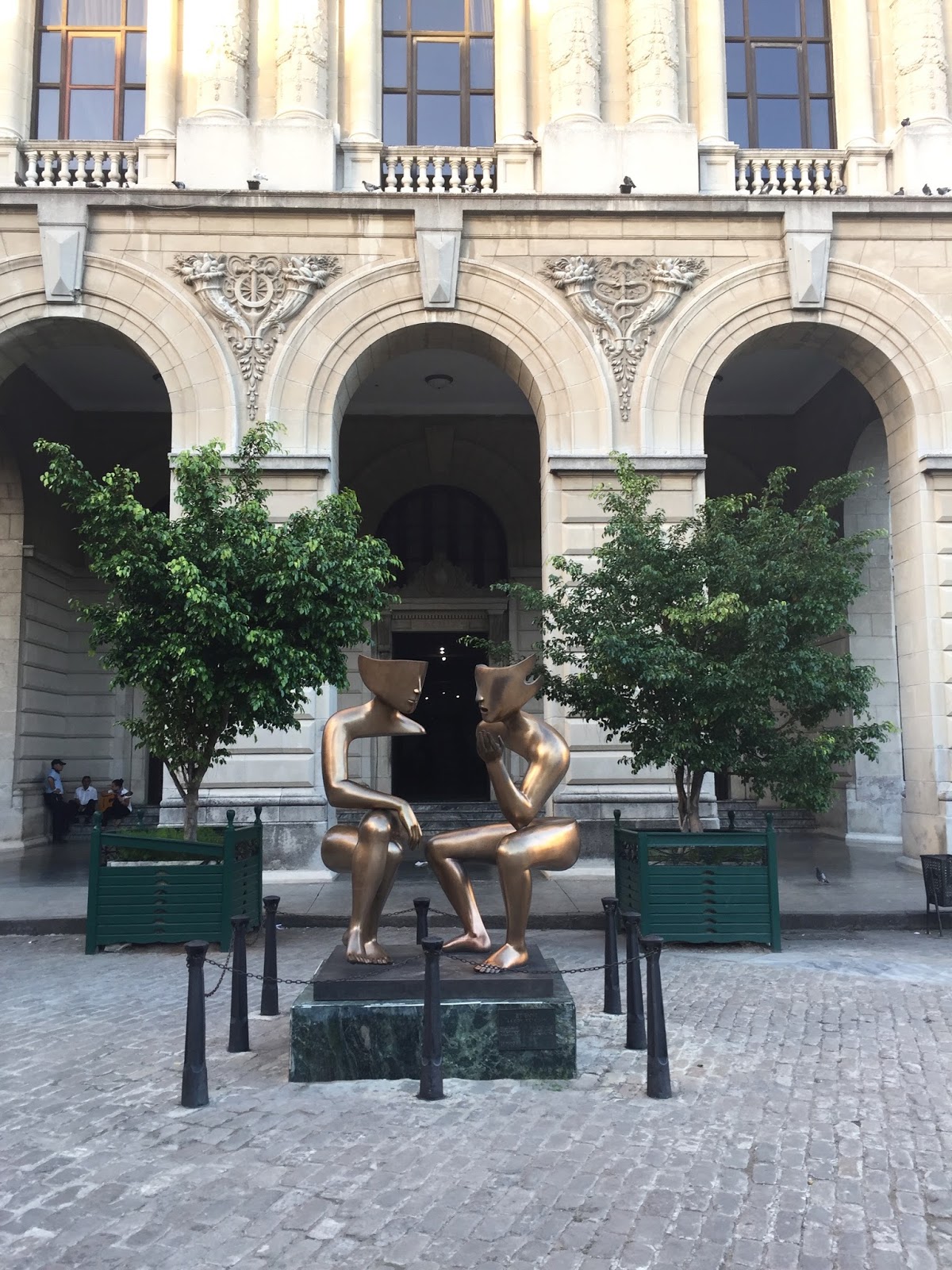 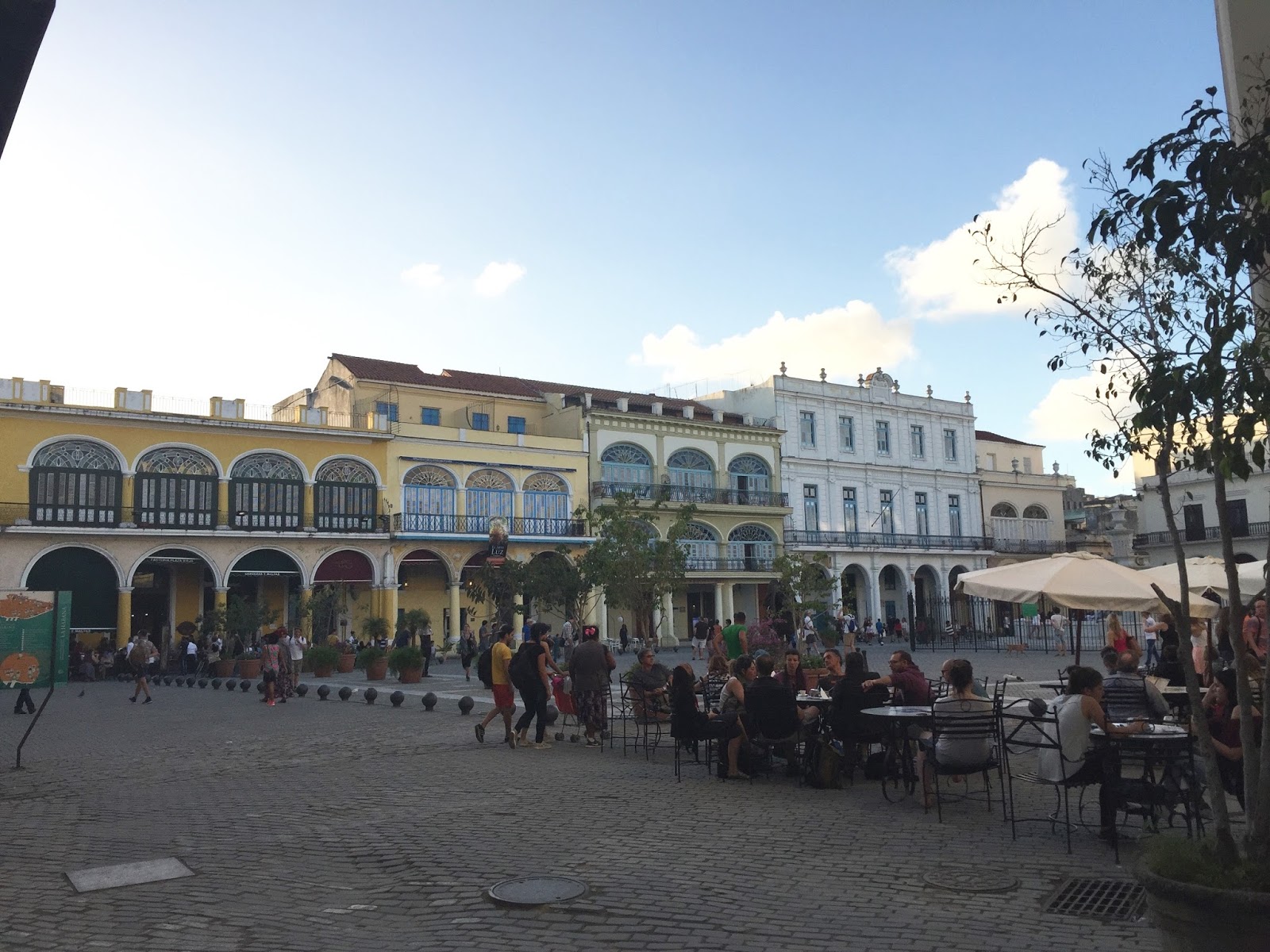 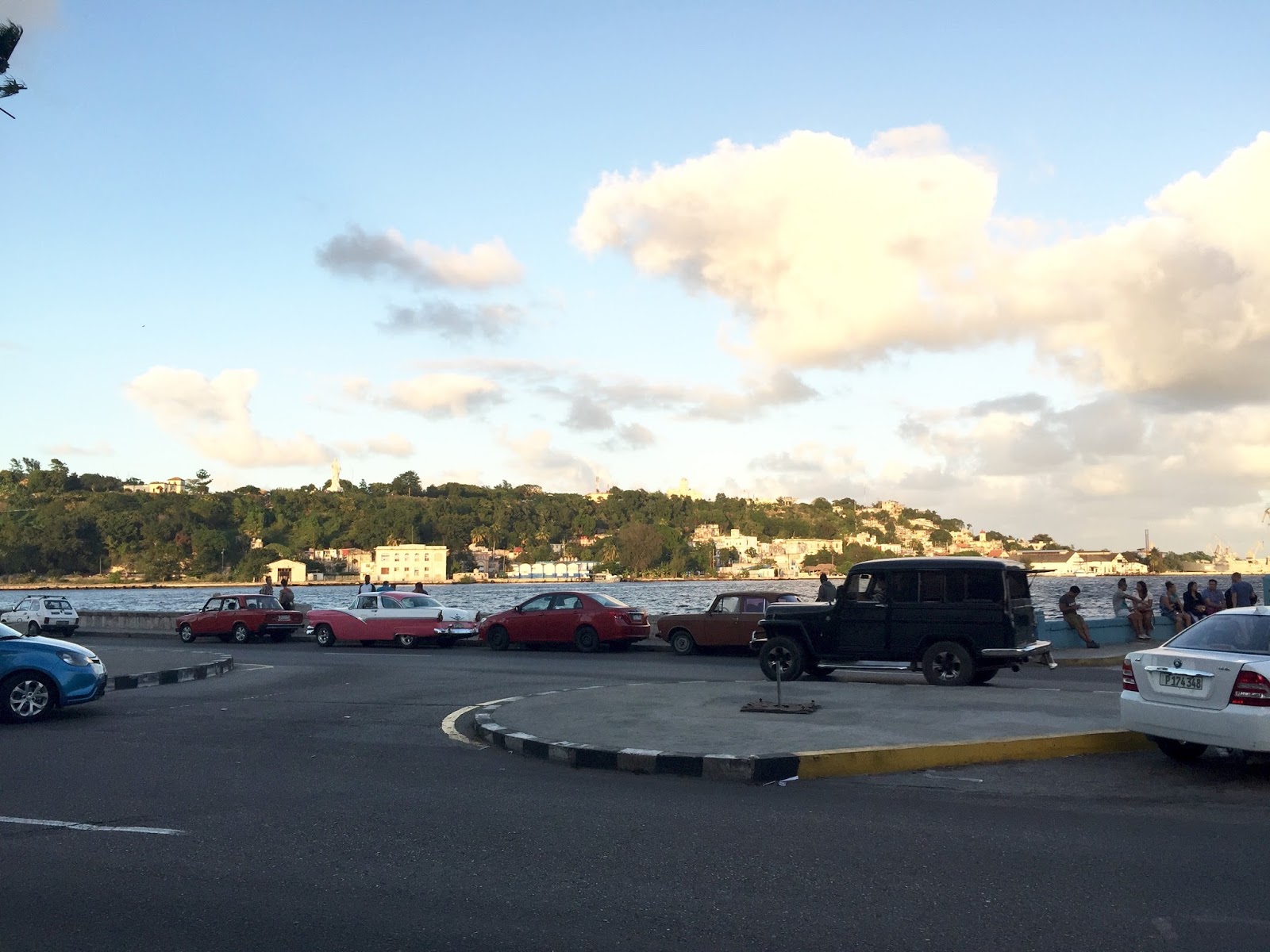 In Havana locals are not allowed to have Internet in their homes. It was explained to me that in order to get Internet local Cubans have to go to parks like the one pictured below and pay to access government monitored Wi-Fi.  I was trying to be as inconspicuous as possible when I took the picture but if you look closely you will see everyone in the shot is peering over and sharing some type of electronic device. 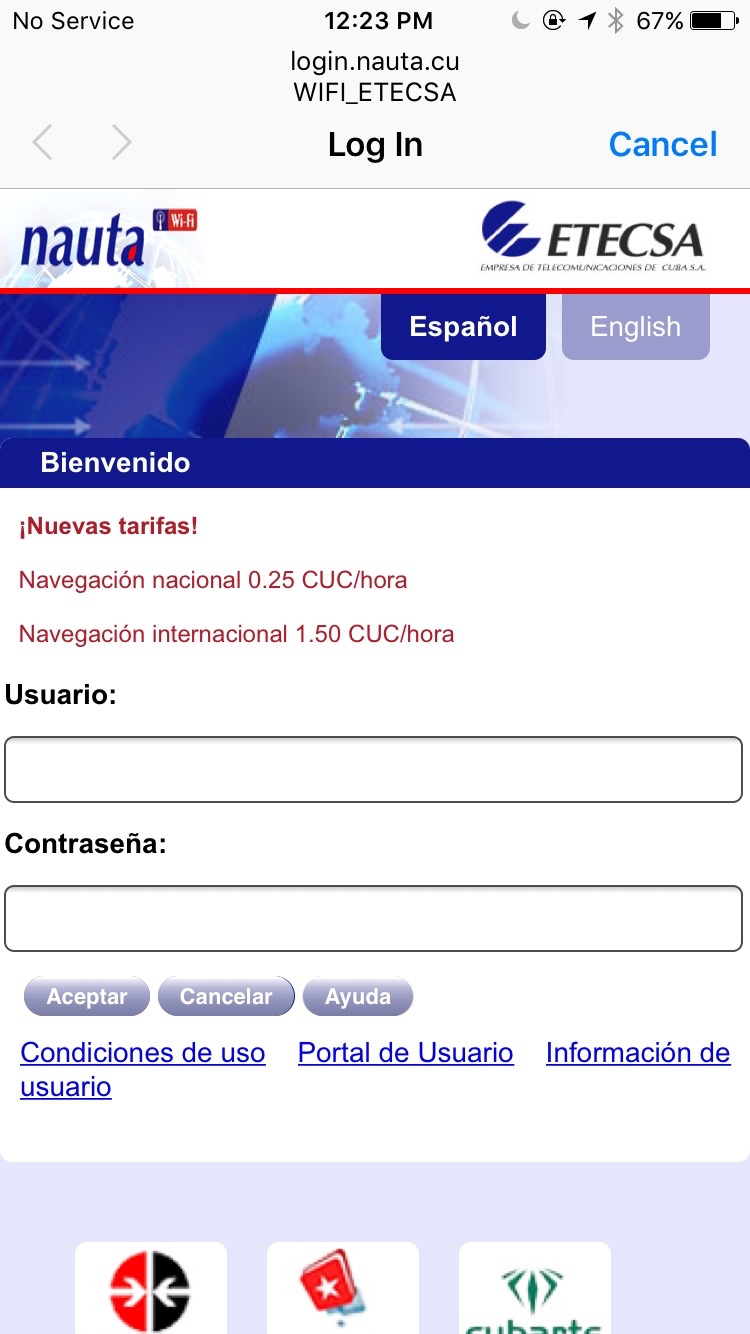 The picture above is the message you get on your phone when trying to access the Internet in the government run WI-Fi Park.

It’s been widely reported that the average monthly Cuban salary is about twenty dollars (US) a month. I don’t have any statistics of my own to support or refute that claim but I can say that I met a teacher who told me she stopped teaching because she was able to make more money working as a housekeeper for a well off family.  I met another guy who shared that in the past five years many Cubans have taken advantage of some of the loosening of the restrictions on the communist island and started renting out their homes and using their personal vehicles as taxis. He also noted that there was no freedom of speech in Cuba so you had to be very careful that nothing you said could be misconstrued as a political critique.

I think one of the great things about travel is that it can give you perspective on where you are in your life and what’s going on around you. The local Cuban in Havana lacks many of the creature comforts that I sometimes take for granted but I didn’t sense any bitterness or resentment from the people I met. They were very patient with what turned out to be my not so intermediate Spanish and were eager to practice their conversational English speaking skills. I found them to be very friendly, enterprising and hopeful. Having been there I can see why Cuba was once considered one of the pearls of the Antilles. I think if the opportunity presented itself the Cuban people could easily reclaim that title. I wish them well in all their endeavors.