Hello. I had been having the worst time with my computer. Blogger kept telling me my version of IE was not compatible even though I had the most recent update. I ended up just making Safari my default browser, which seems to be working for now(fingers crossed) so on with the show.

Porcelaine was the only shade from Dior’s Spring 2014 collection to catch my eye. It’s a beautiful, creamy baby blue that was opaque with two coats.  I love the way the color pops against my skin, but is still muted enough to work in a moderately conservative office setting. 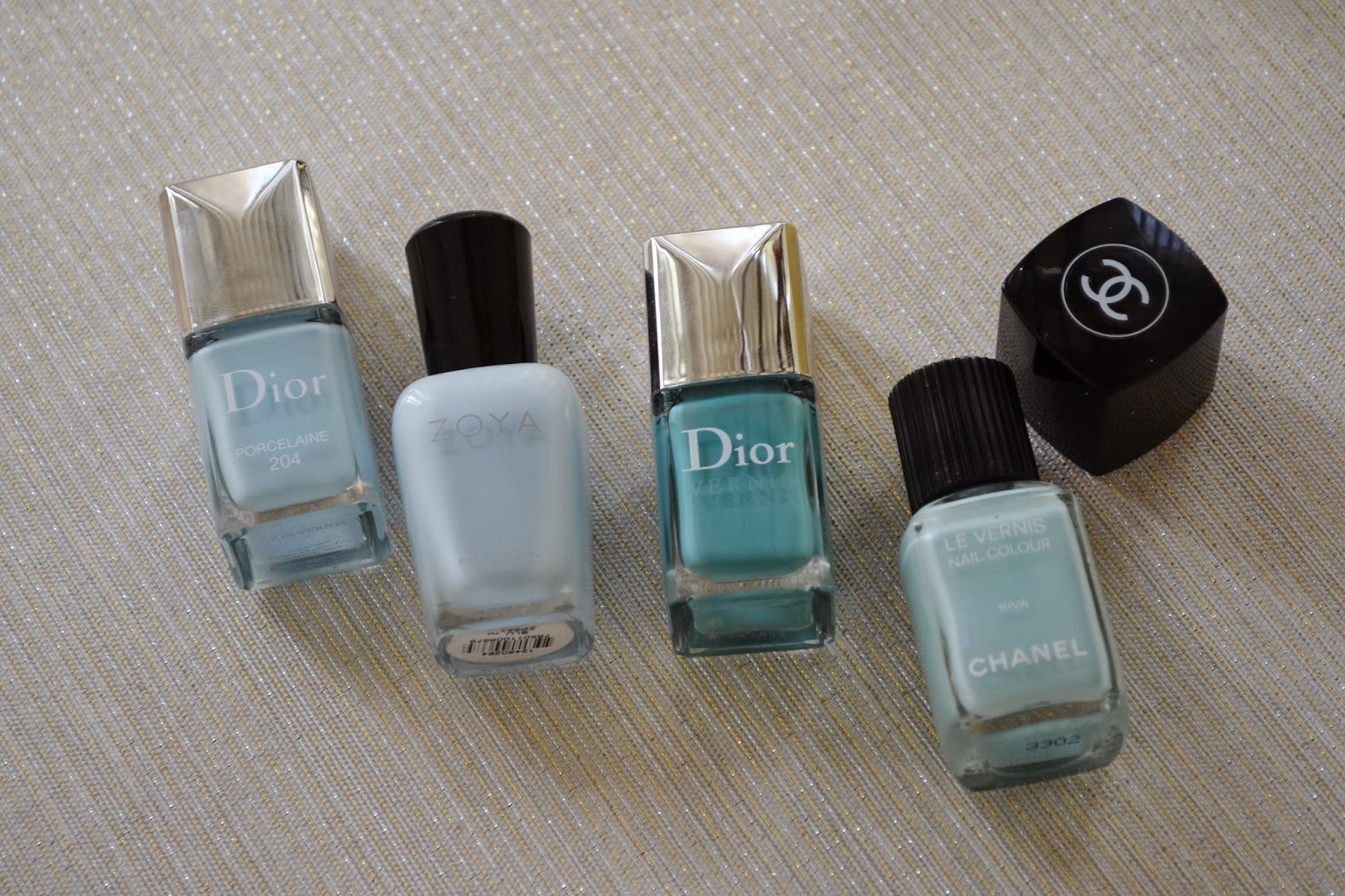 Pastels are a no brainer for spring so there are likely to be a lot of dupes out there.  I went through my pretties and found the colors above for some comparisons.

Dior Porcelaine and Zoya Blu were virtually identical when swatched on my nails. Above you can see that on close inspection Zoya Blu is about half a shade deeper than Porcelaine. The Dior Saint Tropez was added mainly for contrast, and the Chanel Riva is much lighter and not nearly as creamy or opaque as Porcelaine.

And here are the two sisters from another mister side by side. Dior Porcelaine retails for $24. I got mine at Nordstrom. Zoya Blu retails for $9 at Zoya.com. I also saw a bottle of Zoya Blu at Ulta this weekend.

I don’t think you can go wrong with such a knock out color so take your pick, and let your conscience be your guide. Let it not be said that we here at ofthecomely are enablers. Polish hoarders, addicts, fanatics , lovers yes. Enablers… never 🙂