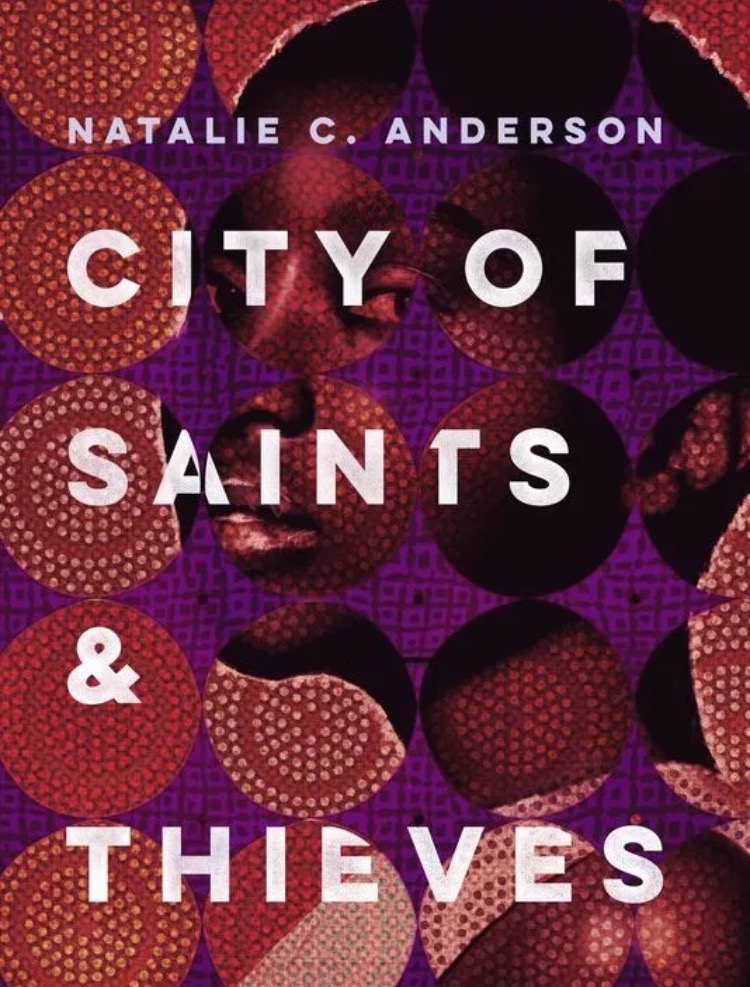 “Rule 17: Let them fall on their spears.

You have to know your enemies’ weaknesses, Bug Eye says. That much is obvious. What he also taught me, though, and what thieves and thugs and kings have figured out-the good ones, anyway is that your enemies’ strengths can also be their weaknesses. ” pg. 350

I started this book on a Saturday and about three page in it became clear that my plans for the weekend were going to be shot. At 432 pages City of Saints & Thieves was a fast and enjoyable read. Most of the story is set in a fictional city in Kenya but there are also some scenes in the Congo. Christina the sixteen year old protagonist was displaced after the death of her mother. Alone on the streets of Kenya she is taken in by the Goondas gang where despite here age and gender she rises through the ranks to become a virtuoso thief.  The gang becomes her family but Tina is a lone wolf at heart. And her heart is heavy with plans to avenge the death of her mother. So she bides her time, trusting few while she watches and learns and waits. The long awaited opportunity finally comes for Tina and without giving too much away I’ll say that even the best laid plans sometimes go awry.

City of Saints & Thieves has some memorable characters. One of my favorites was Boyboy. He is Tina’s best friend who also just happens to be a technology wizard. Their banter(think of a typical roasting session between you and your bestie) during the book provided some laugh out loud moments. I read that Universal has optioned the story, and that Kerry Washington’s production company is in negotiations to produce it. As with all book to movie projects casting will be key. I’m telling you now that if they don’t get the casting for Boyboy right throw the whole thing away. Remember I told you that.

I might have mentioned this before but most of the books I read I get from the library. If I like the book I will then buy a copy for myself which is what happened in the case of City of Saints & Thieves. I gave the copy I bought to my mother to read and she said she enjoyed it. If you are interested in a fast paced, character driven, modern day whodunit with a Kenyan and Congolese backdrop I would recommend City of Saints & Thieves.

What are you reading now?