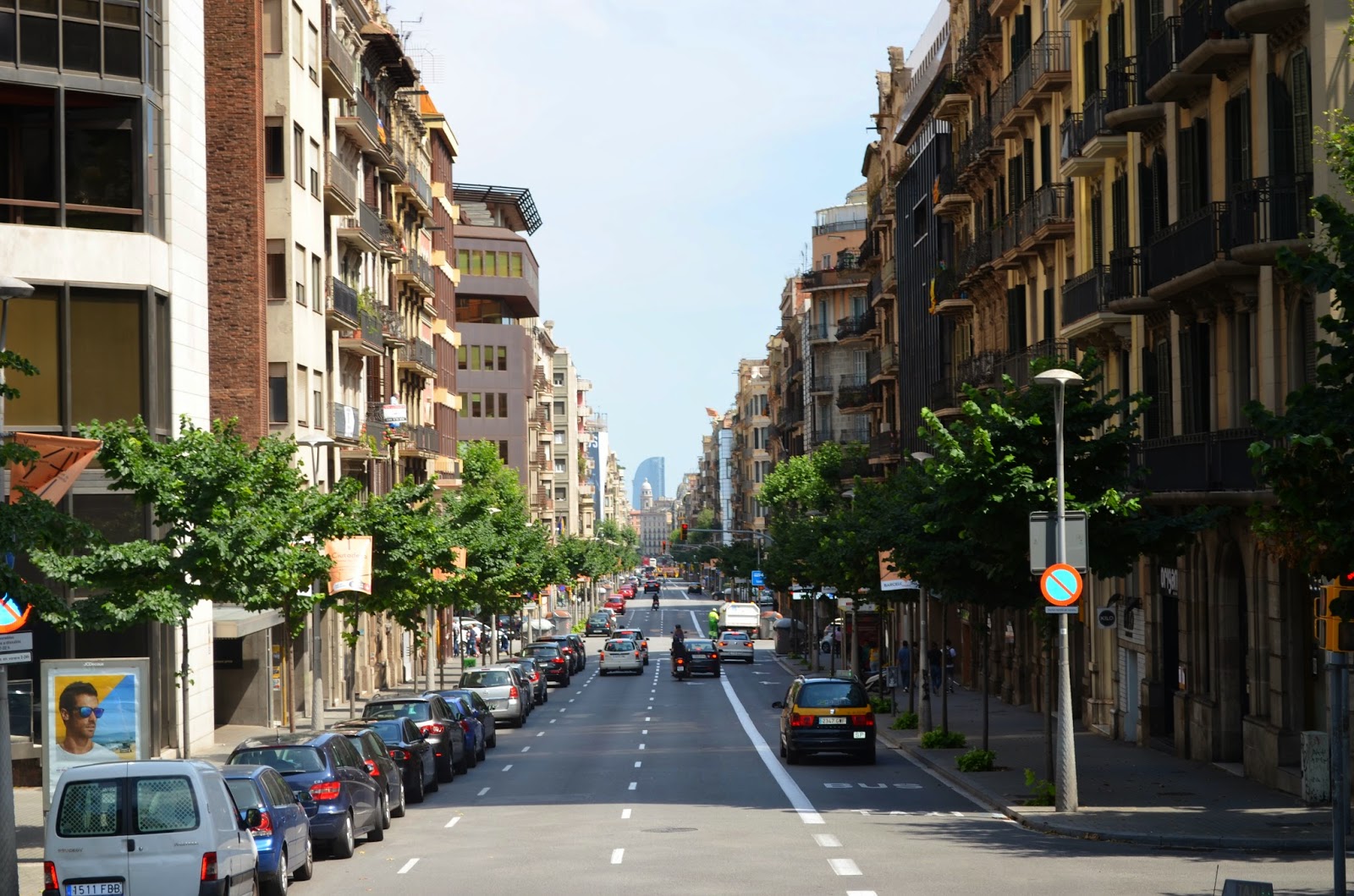 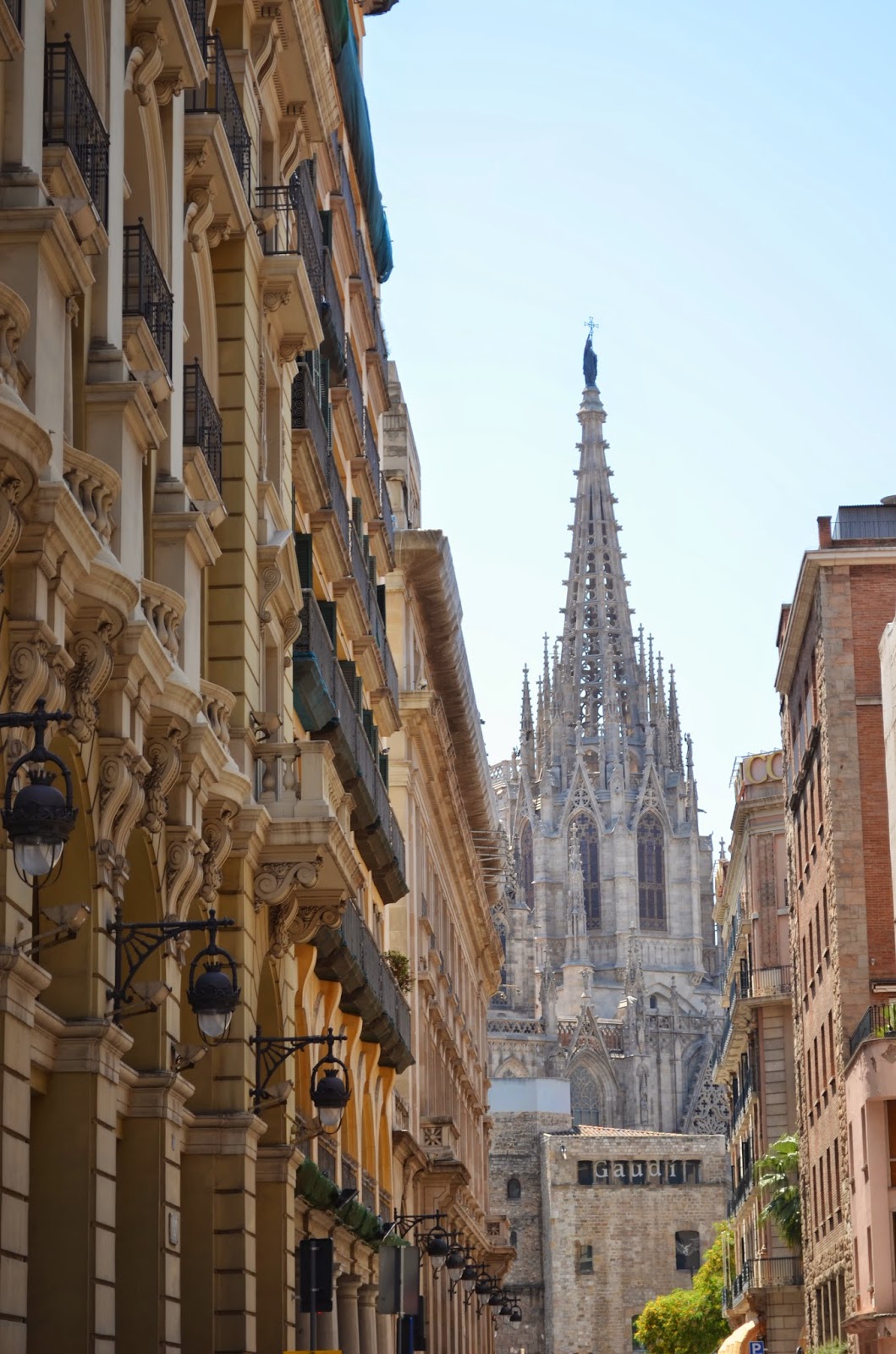 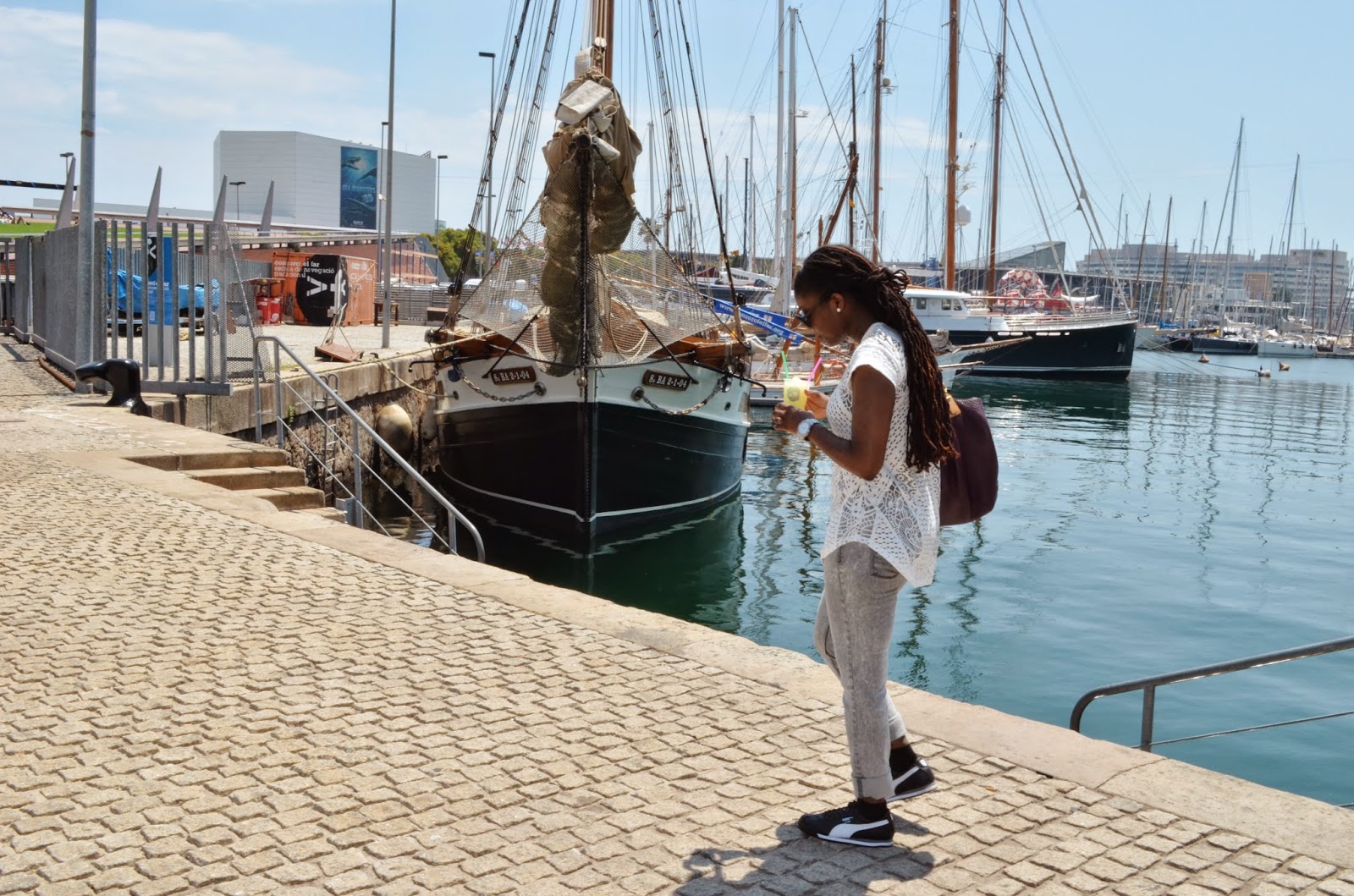 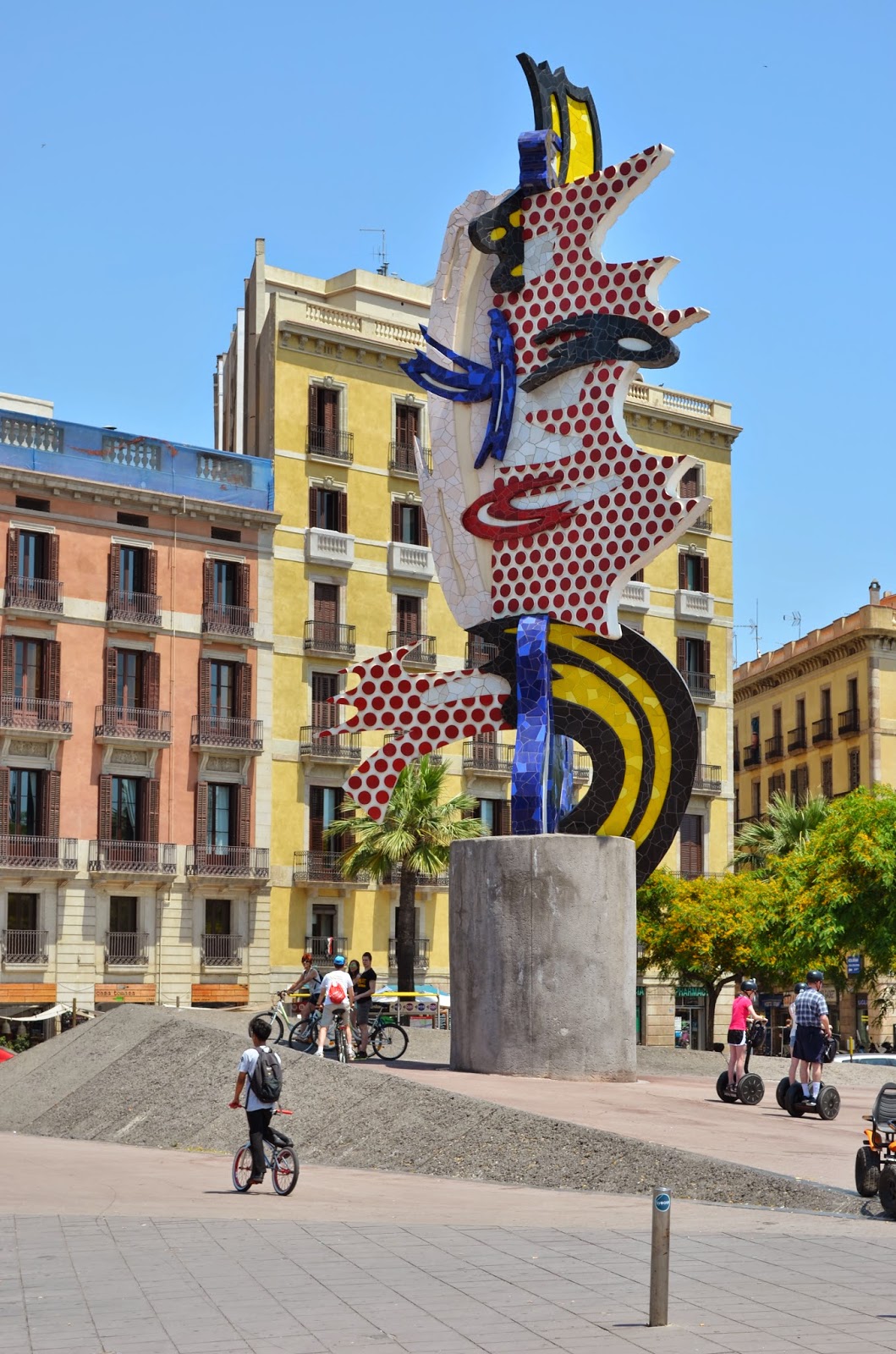 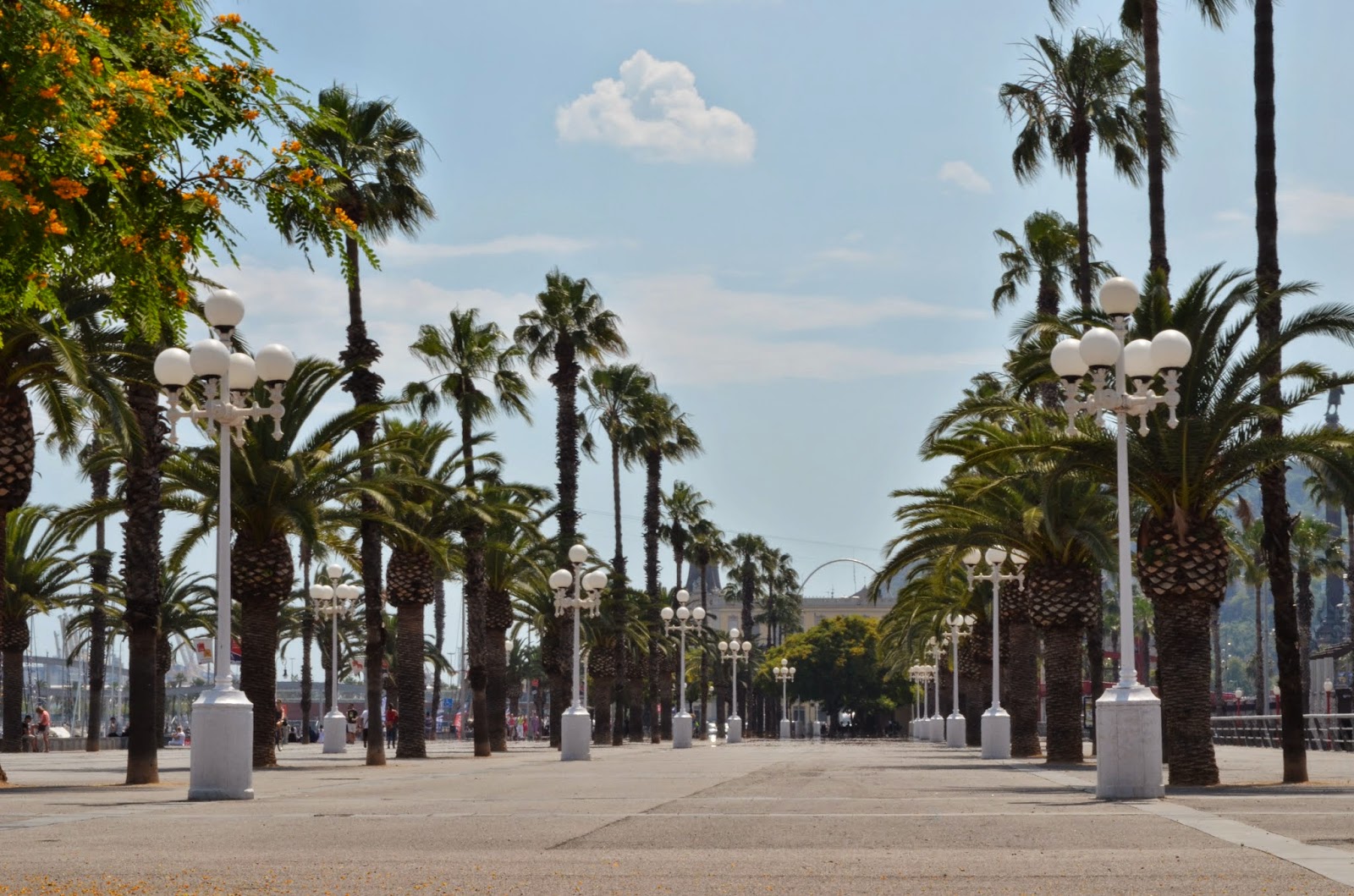 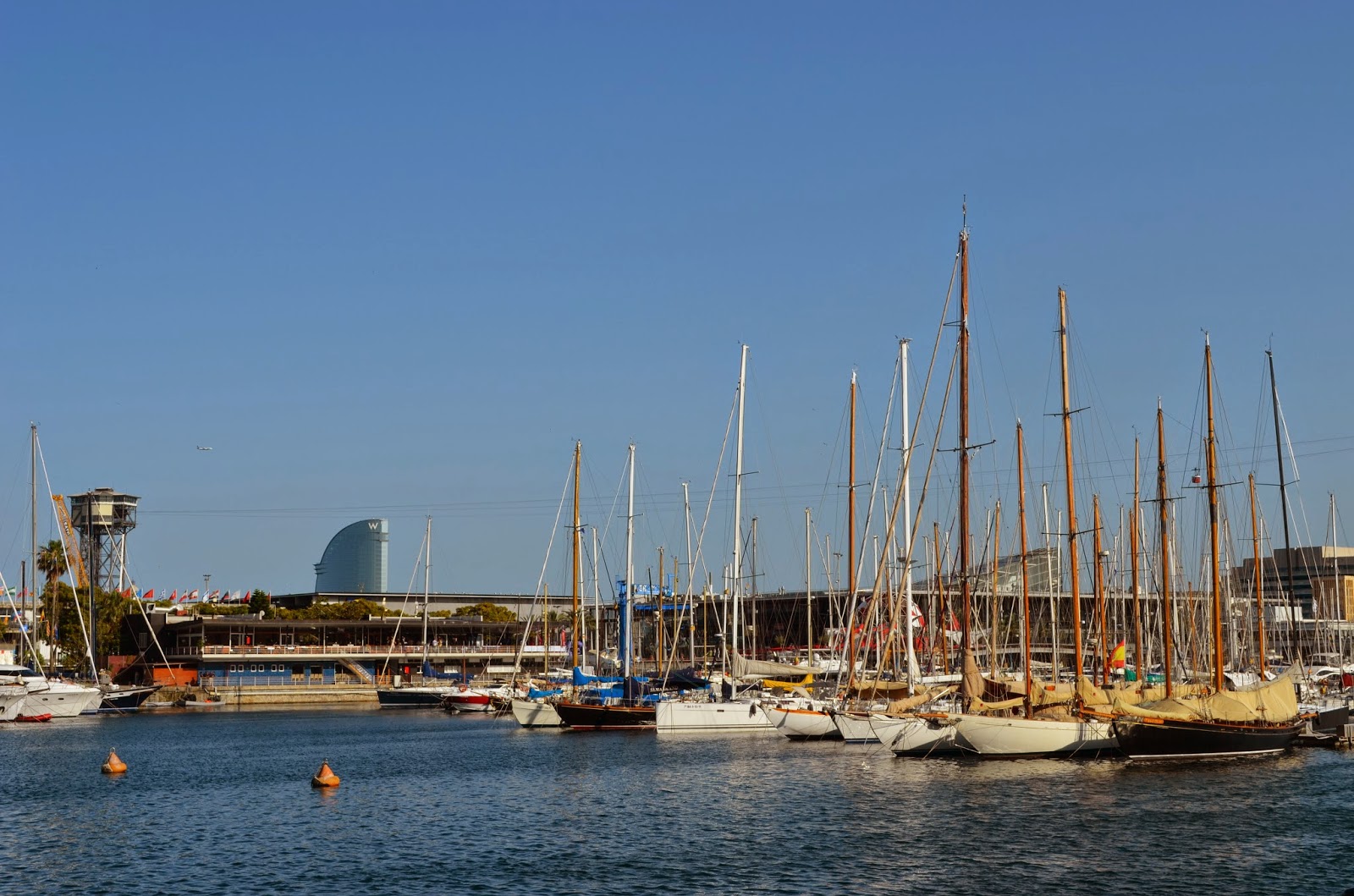 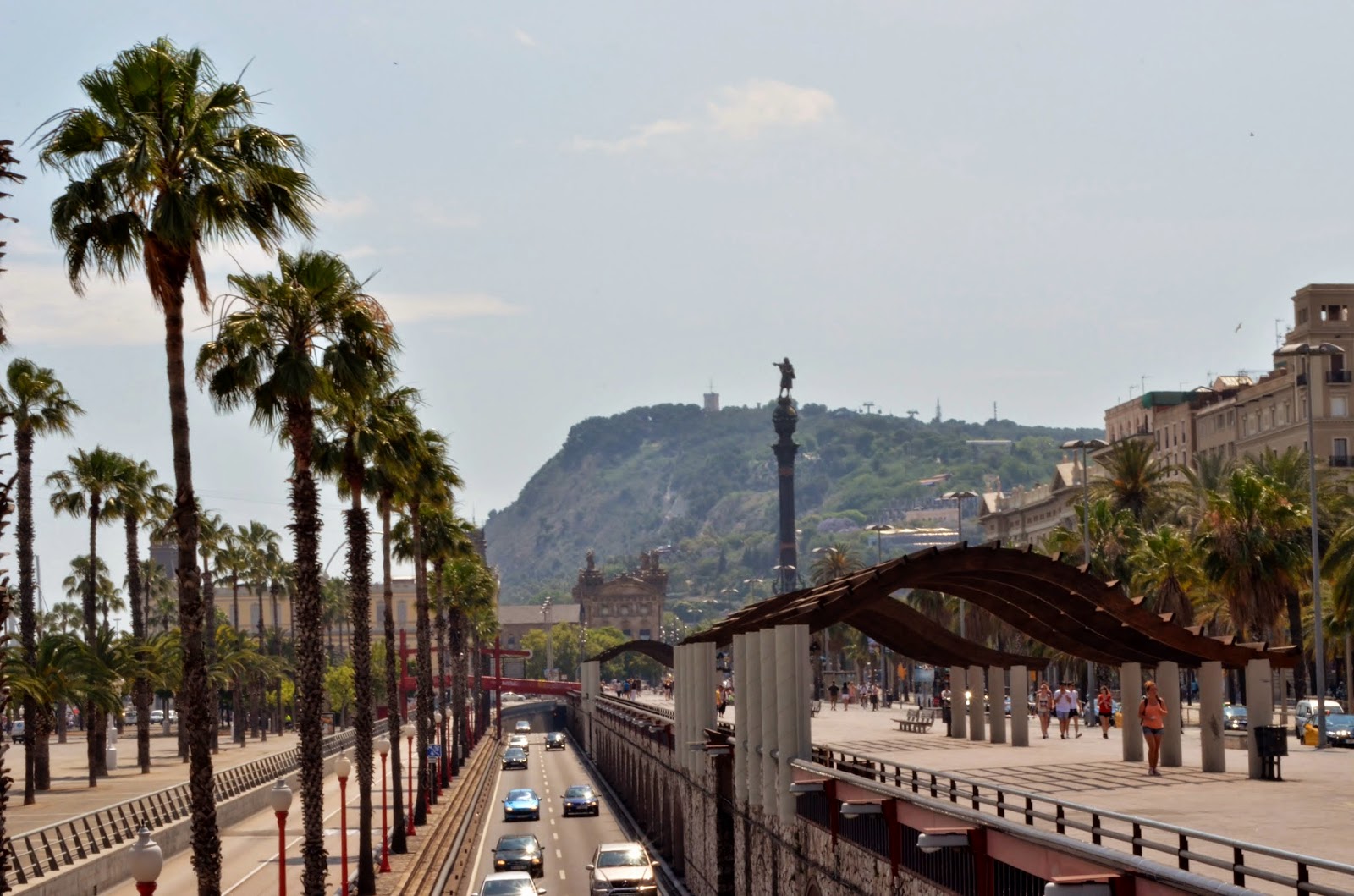 “I would gladly live out of a suitcase if it meant I could see the world. “

This was my first time in Barcelona but it definitely won’t be my last. The city is a great mix of old and new. It’s well laid out and easily accessible via metro, foot or cab. The people were friendly, the weather was perfect and the architecture was amazing.

These pictures are from the Port Vell(Old Harbor) area on my first day exploring the city. It turned out to be one of my favorite spots.  In Port Vell you’ll find a marina, cinema,  restaurants, cable cars offering magnificent views of the city and both tourists and locals sunbathing, cycling and people watching while enjoying the breeze.

One visit does not qualify me as an expert but if you find yourself in that part of the world I have a few suggestions:

1. Take the metro- It’s efficient, clean and cheap(there’s a 10 euro metro card that you can buy that gives two passengers 10 trips each.

2. Leave room in your luggage for the things you are going to buy- Barcelona is a shopper’s paradise. High  end, low end, in between, it’s all there. Even if you are not a shopper you’ll find yourself picking up a few things. Trust me on this.

3. Don’t worry if you don’t speak Spanish- They don’t either I kid, I kid. They do, but they also speak Catalan which most locals will tell you is the official language in their heart.  You’ll find English spoken just about everywhere but I always suggest learning some key phrases and trying to communicate with the locals in their native tongue when travelling. I was there for one of Spain’s world cup matches where they lost badly and let’s just say that some phrases are universal 🙂

4. Do go to the Picasso Museum – I took music appreciation instead of art history in college because I’d played an instrument for years and I wanted an easy credit. I have difficulty writing in a straight line on unlined paper, and my ability to distinguish red from orange and sometimes pink is up for debate. Yet, even I was able to appreciate the brilliance of Spain’s native son.  It took me about an hour and a half to get through the museum. The last 15 minutes were spent in the gift shop(See #2). For you art buffs the museum’s focus is on his earlier works. If you time it right and you don’t mind waiting in line it’s free the first Sunday of every month. For the rest of the days you can buy your ticket online ahead of time and skip the line.

More pics to come soon. As always thank you for stopping by and commenting. Have a great week!