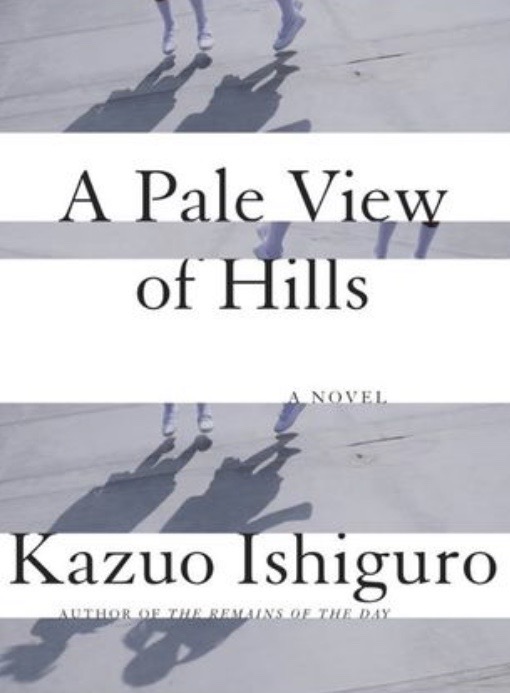 “I have found myself continually bringing to mind that picture – of my daughter hanging in her room for days on end. The horror of that image has never diminshed, but it has long ceased to be a morbid matter; as with a wound on one’s own body, it is possible to develop an intimacy with the most disturbing things.”

Hiya folks! I’ve been trying to keep up with my reading this year. My Goodreads goal was 50 books and this book was number 51 so ya know I guess that worked out. This is the third book I’ve read by Kazuo Ishiguro who won the nobel prize for literature in 2017.  The first one I read was Remains of the Day. The second was Never Let Me Go which I reviewed here. I seem to be reading one of his books a year.

A Pale View of Hills is Ishiguro’s first book. According to the book’s synopsis it’s a story about Etsuko a Japanese woman now living in England dwelling on the recent suicide of her daughter while reminiscing about her past when she lived in Japan after World War II. That seems like a pretty straightforward plot right? Don’t bet on it because in 196 pages Ishiguro weaves a tale so layered that at the end you’ll be left wondering about what you just read. Was it a psychological thriller? Was it a memoir by the protagonist?  Who was the protagonist? What really happened? I looked up the word subtle and master Google gave me the definition- delicately complex and understated. The writing in A Pale View of Hills is so delicately complex and understated. The death in this book is given the lightest touch which when I look back now makes it all the more sinister. This is one of those books that you will be thinking about long after you’ve finished. You’ll have to take your time with this story. It unfurls very slowly but the full bloom will have been worth your wait.